Dr Lester Grinspoon comments on the use of lithium to treat symptoms of cannabis withdrawl.

In recent weeks, there has been an influx of support for reform.  From Release’s letter to the Prime Minister and the Guardian, to the Global Commission on Drug Policy that made strides in presenting a case for a reformation of world drug policy; special emphasis was giving to cannabis.

Furthermore, Ron Paul, U.S Republican Congressman, has introduced a bill to legislate, and draft a federal law on marijuana; emphasis being to decriminalise all persons in the U.S.  Once more, this meets the consensus that prohibition has failed.  This move coincides with ex-president Jimmy Carter’s public view that reform is indeed necessary.

Whenever the message of reform hits the headlines, it is invariably met with some degree of opposition.  On the 23rd June 2011, the Australian publication, Echo News, put out a story that appealed for applicants to partake in a cannabis withdrawal study.  The University of Sydney are appealing for participants to take part in a trial using lithium to treat the symptoms of cannabis withdrawal.

With concerns in mind, I contacted Dr Lester Grinspoon, Professor (emeritus) of Harvard Medical School.  Dr Grinspoon is a world leading authority on mental health and psychiatry.  Since the sixties, Dr Grinspoon has dedicated his life to the study of cannabis, he is also on record as the first American physician to prescribe lithium carbonate for bipolar disorder. 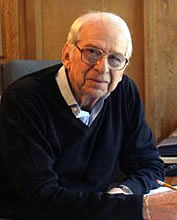 Thank you for sending me news of this absurd study.  First of all, there is considerable question as to whether cannabis can lead to an addiction.  Most authorities believe that marijuana does not cause an addiction and those who claim that it does can only point to nebulous “withdrawal symptoms”.  To consider “treating” people who have this putative addiction with lithium is, in my opinion, the height of folly.  It would not only be a worthless and wasteful enterprise, but it is also a treatment which is very uncomfortable and generally causes patients to increase weight.

Even more importantly it violates the first law of medicine, primum non nocere (do no harm) as it can damage some organs of the body and its toxicity is such that it’s blood level has to be frequently monitored. However, I am reassured by the fact that the study will never succeed, as it will be impossible to prove that one has successfully treated a phantom disorder.

Dr Grinspoon – went on further to say that he gives express permission to use his words as to raise awareness, and “alert people to this kind of absurd ‘research’”.

Professor Roger Pertwee of GW Pharmaceuticals, leading cannabinoid specialist and neuropharmacologist, would possibly concur with Dr Grinspoon on the subjective nature of cannabis withdrawal.  Professor Pertwee has spoken of animal addiction models where test subjects are reticent in self administering THC without first being “tricked” – test animals have to become dependent on cocaine or something similar before it will consider self administering THC.

It could be further speculated to the methodology behind such extreme measures as the ones proposed in the Sydney University lithium studies; the National Cannabis Prevention and Information Centre (NCPIC) has close links to Sydney University.

One thing that is not left up to speculation is the fact that Dr Grinspoon, with an eminently informed position, clearly holds concerns over the proposed Sydney University lithium & cannabis withdrawal study and seeks to raise exposure on the matter.