Thursday, 26 November 2020
You are here: Home Cannabis is a Litmus Test for Freedom

There are currently two primary camps when the issue of cannabis is involved. There are those who agree that it should be legal, and those who do not.  The people who think it should be legal to cultivate, sell and consume cannabis are now in the majority all around the world.  People, given the chance, largely agree that you should be able to go down to the local store and buy some weed. Even many of the ones who don’t smoke support legalization; so what is going on with our governments? 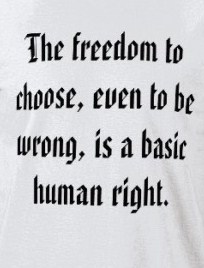 Cannabis is becoming a litmus test for the functionality of democracy.  A vast majority of people agree that it should be legal, but this progress is still painfully slow.  Why is that?

Currently you get to vote for one of a few guys.  Many jurisdictions feature single issue parties that promote cannabis, but they have weak platforms and little substance.  Who would vote for somebody in such tumultuous times on the issue of cannabis alone? Even as an information dissemination exercise, participating in elections with a fringe platform makes you more a target of comedians than a serious participant in the public discourse.  What the hell are we supposed to do?

If our governments were not completely deaf to the concerns of the majority, you would be able to walk out your front door right now and pick up a pack of joints wherever it is you might purchase spirited beverages.  You can’t. That is because our representative democracies do not actually represent us in any way.  The times when they enact policy which seems to be in line with public opinion are either insignificant in their scope, or it is purely accidental.

The stuffed suits in the padded chairs just aren’t listening.

Cannabis is becoming a litmus test for genuine democracy, and I think there is something useful in that.  People who don’t need medical cannabis and who do not use it for recreational purposes are generally fairly apathetic on the subject.  They are at least apathetic enough that they aren’t about to go out and vote for Representative Anita Bonghit anytime soon.

Those average folks, the ones who probably drink beer and like a game of football on the boob tube, aren’t offended by prohibition.  They are outraged by the fact that their own government, the one they support with taxes taken from hard-earned paycheques, doesn’t give a moment’s consideration to what they might want.  You could squeeze cannabis legalization in that scope quite easily, because we’ve all seen the poll numbers.

70% and upwards is not a weak showing of public opinion.  We aren’t talking about a narrow majority.  No American presidential candidate has enjoyed that kind of support in a two-party system in a very long time.  It’s almost impossible to get two thirds of people to agree on anything, save the fundamental laws of physics we all experience like gravity.  How is it if we live in nations governed by the will of the people that cannabis is not readily available?

I think the time is coming where we must greatly expand the discussion in lobbying efforts, to enrage the people who don’t think cannabis should be illegal, but who don’t care so much they are about to do something.  We’ve got people on board with legalization, now we need them to take it really seriously. The dedicated minority has made huge strides, and it’s time to bring in the stragglers.

I propose the slogan “Cannabis is Freedom”.  Everybody likes freedom, right?  Okay, most people do, and the ones that don’t are crazy anyway. You’re not getting through to fascists, they aren’t good listeners.  To plant the idea in the public consciousness that yes for cannabis is yes for freedom could go a long way to raising the importance of this issue to those still mired in apathy.

The battleground has changed, and we have advanced significantly.  It is time to change tactics. The beachhead has been well-established now, and we must consider how it is we get from Normandy to Berlin.  I say that “freedom” needs to be the new buzzword instead of “cannabis”.  They mean in many ways the same thing.  Choosing cannabis is choosing choice. Even choosing the choice to not choose cannabis is important, because right now it isn’t up to you.

Cannabis is freedom; freedom is cannabis.  Pass it on.