Sunday, 5 February 2023
You are here: Home The Chewy Grinder | Why You Should Chew Instead Of Grinding 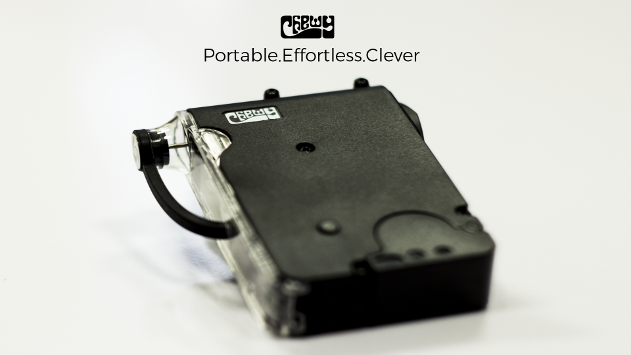 The Chewy Grinder burst onto the scene late last year and has established itself as a device to watch out for. Bigger than your average grinder but noticeably more powerful, it holds, grinds, and dispenses weed making it a triple threat.

Designed in Ireland by the same people who brought the community the Iolite vaporizer a few years ago, the Chewy was thought up while the lads were trying to grind during a concert. We’ve tried it in a few different scenarios and found it extremely useful, completely hitting the nail on the head.They even have a video up of someone demonstrating using it while walking up and down the beach without any problems. 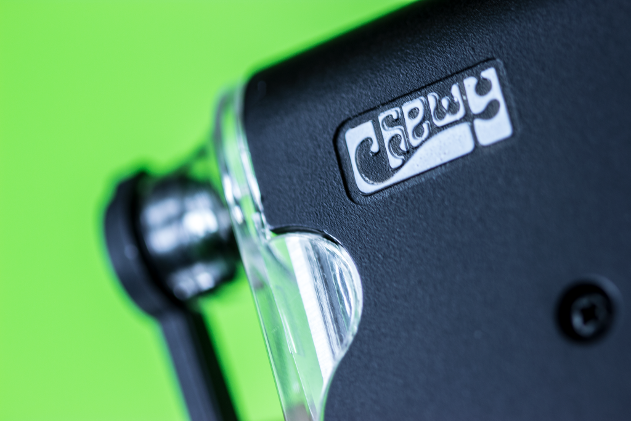 The Chewy is about as big as a phone and fits in your hand pretty comfortably, while not being heavy it still has a good weight to it and feels solid. The different sections don’t feel fiddly, the whole device has a high quality feel to it.

You simply pinch the bottom section open to pop in your weed. It reminds us of a stapler almost, the spring pushes the weed towards the blades at the end once you close it again in a similar fashion. The blades themselves are arranged in a circle, and they are how the device gets its name. They “chew” the weed up and spit it out again, and you can choose between two directions for them to go in for maximum effect. The device runs on a 9v battery which means no re-charging unless you have rechargeable 9v batteries, but who needs yet another USB charged device these days anyway! We think the idea here was to make it ‘portable’. No cable or power mains needed, just an extra battery if you’re hitting the road for a while or out at a concert like how the Chewy Grinder was conceptualized.

The reason this grinder is so popular, aside from the ability to store and dispense, is because it’s ideal for using with vaporizers. When weed is ground up in the classic fashion it tends to be pushed or crushed and loses a lot of THC crystals inside the grinder. You also end up having to clean a lot of weed out of it, which can be tedious. The Chewy tears the herbs instead, leaving them at the perfect consistency for conduction or convection ovens.

We tested the Chewy with papers, a pipe, and a vaporiser to see if it could work with all three, not just vaporisers. We found that the spring technology, as well as the blades, leads to a really easy time dispensing the weed. The consistency  of the ground weed was perfect for all three, and we had no trouble with overflowing or dispensing too quickly like we thought might happen before we began.

We also wanted to see if it was as fast to clean as in the demonstrations we have seen online. Many videos about cleaning feel sped up or are very long, while the Chewy took under 3 minutes. With some cotton buds and coconut oil we got to work. It was surprisingly smooth to take apart, and we cleaned the whole device in under 2 minutes. That said, we hadn’t used it to the extent that some people had as we were only trying it out not using it daily. If it went up as far as 4 minutes for some people I wouldn’t be surprised, but that’s still very fast for cleaning a grinder. 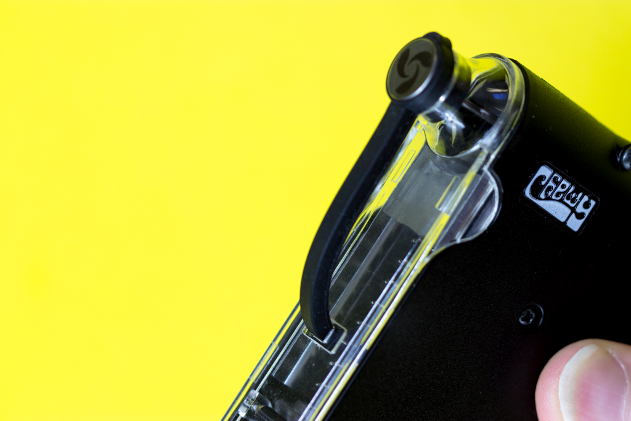 The Chewy Grinder was very fun to test out. Dispensing  the weed took a few seconds to get used to but having one button to use the whole device was really enjoyable. Simple is better, especially when backed up with great tech. The plastic exterior can be wiped down in seconds, the inside cleans really fast, and overall we were delighted with it. It is super portable and doesn’t weigh down your pocket like some metal grinders can, and we found we got much more ground weed out of our bags than with a typical classic grinder.

At the end of the day, The Chewy does what it said it would and that’s what makes it a great grinder!