PROVIDENCE, R.I. — Rhode Island become the third state in the nation Tuesday and the first on the East Coast to permit marijuana sales to chronically ill patients, a decision made over the objections of Gov. Don Carcieri. 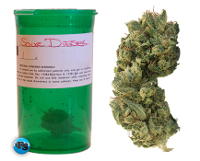 State lawmakers voted overwhelmingly to override a veto last week from the Republican governor, who warned the system could put people at risk of federal prosecution, would encourage illegal drug use and send conflicting messages to children about substance abuse.

“This gives a safe haven for those who have to go into the seedy areas to try and get marijuana,” said Rep. Thomas Slater, D-Providence, who suffers from cancer and plans to smoke the drug for pain relief. “I think that this center will definitely help those who most need it.”

Slater received a standing ovation on the House floor.

Patients can buy marijuana at stores in California, while New Mexico in March granted a license to a medical marijuana grower. Karen O’Keefe, director of state policies for the Marijuana Policy Project in Washington, said the 13 states that have legalized medical marijuana are making a shift toward state-licensed production and distribution.

Such legislation is being considered in Delaware, Illinois, Iowa, New Hampshire, New Jersey, North Carolina and Pennsylvania, while a ballot initiative is being circulated in Arizona. In November, Maine voters will decide whether to permit marijuana dispensaries in their state.

“Combining regulated distribution with provisions for patients to grow a limited quantity for themselves is the best way to ensure safe access for patients, with solid safeguards to prevent abuse,” O’Keefe said in a written statement.

In 2006, Rhode Island began allowing chronically ill patients registered with the state Department of Health to possess up to 2.5 ounces of marijuana in usable form and 12 plants. But the state never created a legal way to buy marijuana, and patients here have reported being robbed or beaten when trying to buy it from street dealers.