Sunday, 26 January 2020
You are here: Home Boy of 10 ‘left traumatised after grilling by private school head’

A MOTHER has spoken of finding her ten-year-old son crying uncontrollably after he was allegedly “grilled” by the headteacher of one of Scotland’s most prestigious schools. 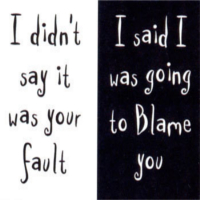 The mother of the child, who cannot be named, claimed her son was quizzed by rector Peter Brodie at Glasgow Academy for three hours after being accused of passing drugs to a classmate.

She spoke after a hearing into Mr Brodie’s conduct at the disciplinary body the General Teaching Council for Scotland began yesterday. Mr Brodie was not at the preliminary hearing, but his legal representative, Dr Alistair Noble, said the rector contested the allegations.

The boy, aged ten at the time but now 11, was accused after a roll-up cigarette was found in the bedroom of a classmate last year. The mother of the classmate contacted police and the school, which tested the roll-up and found a trace of cannabis.

She said: “What’s happened is totally unjust. My son comes from a household which doesn’t smoke, and we know this boy’s stepfather smokes roll-ups. It was just horrendous what my son went through.

“When I arrived at the school that day my son’s face was scarlet with crying, he was uncontrollably crying and totally distressed,” the mother said. “For a ten-year-old child, it was appalling.”

She added: “My son said the rector was standing over him, shouting at him, calling him a liar over and over again, trying to grind him down.”

The next day, the boy was withdrawn from the school.

His mother added: “He was so distressed there was no way we could have taken him back there. I spoke to our GP because he was having panic attacks, and she referred him for counselling.”

The couple complained to the school, and their concerns were investigated by the school’s board of governors.

The Scotsman has obtained a copy of a letter sent to the parents after the investigation was concluded. It says that the board agrees that the boy was kept too long in the meeting, particularly considering his “young age”.

The letter adds: “We are quite clear that there was no proof whatsoever that the substance found in (the other boy’s] room had any connection with (the boy accused], and we are happy to state that here.”

Cameron Fyffe, the lawyer representing the family, said they planned to seek damages through a civil action. He said: “What we have to prove is that the school was negligent in questioning this boy for so long. It seems pretty evident it was the wrong thing to do.”

A spokesman said the school believed the accusation was “without foundation”.

He said an internal investigation held by the school was both “thorough” and in line with school procedure. He added: “All the discussion was quiet, measured and with lots of time given to consider and answer.

“The child was treated at all times with respect,” he went on. “In total, the discussion lasted around an hour and three-quarters, a reflection of the seriousness of the matters discussed. There were appropriate breaks.”

The General Teaching Council for Scotland has the power to remove Mr Brodie from the teaching register.