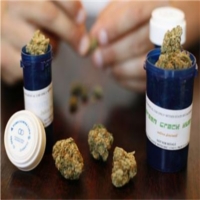 U.S. Attorney General Eric Holder, speaking in Albuquerque during a meeting focused on border issues, including drug trafficking, said his department is focused “on large traffickers,” not on growers who have a state’s imprimatur to dispense marijuana for medical reasons.

“For those organizations that are doing so sanctioned by state law, and doing it in a way that is consistent with state law, and given the limited resources that we have, that will not be an emphasis for this administration,” Holder said.

Friday was not the first time that Holder has said state-sanctioned marijuana dispensaries shouldn’t worry about DEA raids that occurred under the Bush administration, especially as several states passed laws that legalizing medical marijuana.

But Holder’s statement comes at a time when New Mexico’s nascent medical marijuana program nears operation and at least one producer has indicated a concern about federal raids.

The Santa Fe Reporter ran a story this week in which it quoted a representative of the only nonprofit the state has approved to dispense marijuana — Santa Fe Institute of Natural Medicine Inc. — as saying it would likely “pull up stakes” if the Reporter published its name in this story. Margaret Schulze argued that naming the nonprofit would attract the attention of the U.S. Drug Enforcement Agency as well as criminal elements.

Schulze could not be reached for comment by the Independent despite two phone messages and an e-mail.

Deborah Busemeyer, a state Department of Health spokesperson, would not name the Santa Fe Institute as a producer in an interview this week. But she acknowledged there was only one producer and that more than 10 other applicants were awaiting approval.

“I know we are working on scheduling site visits for them,” Busemeyer said. “That’s one of the final steps.”

Busemeyer said it was hard to say how long before another dispensary is approved for the state’s medical marijuana program. Some applicants are farther along than others.

The Department of Health began development of New Mexico’s Medical Marijuana Program in 2007 and, so far, 372 patients are authorized by the state to participate.

“We have approved 61 patients to grow their own marijuana,” Busemeyer added.

But questions remain as to when the program will produce enough cannabis to meet demand.

Busemeyer said the state approved the application of the lone producer in March. “They are estimating they could have a supply by the end of summer,” she  said.