Wednesday, 8 February 2023
You are here: Home East Yorkshire farmer grows his own home 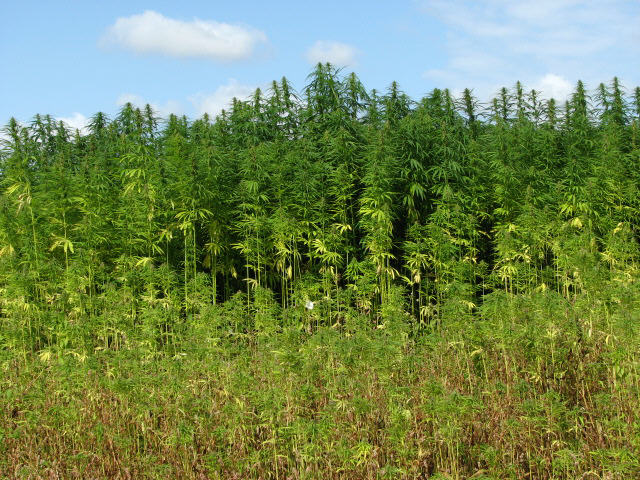 BUILDING A farmhouse is nothing new, but farmer Nick Voase has raised the bar, by building his new home out of hemp grown entirely on his own farm.

Nick, who lives in Baswick, near Brandesburton started growing hemp in 2002 as an alternative crop and a combination of the severe East Yorkshire floods in 2007 and changing family circumstances led to his visionary building project.

Explaining how it began, Nick said: “We were looking for a break crop and had tried borage and lupins, among other things, then we tried hemp, and it just fitted, growing it bi-annually with wheat.”

After obtaining the necessary licences from the police; as hemp is part of the cannabis family, Nick began growing his unusual crop. When the farm was hit by the 2007 floods, Nick stopped growing potatoes and instead grew more hemp, increasing from 25 acres to 300 acres.

To make the switch pay, he built a piece of machinery which could cut and chop hemp into five shorter sections for harvesting. The hemp was then sent off to a firm in Essex where it was processed.

But in 2009 the family reached a turning point when all the hemp crop they had stored in a shed set on fire.

By Charlotte Richardson
Read the full story at yorkshirepost.co.uk