Sunday, 19 January 2020
You are here: Home Free cannabis handed out to veterans at Denver rally 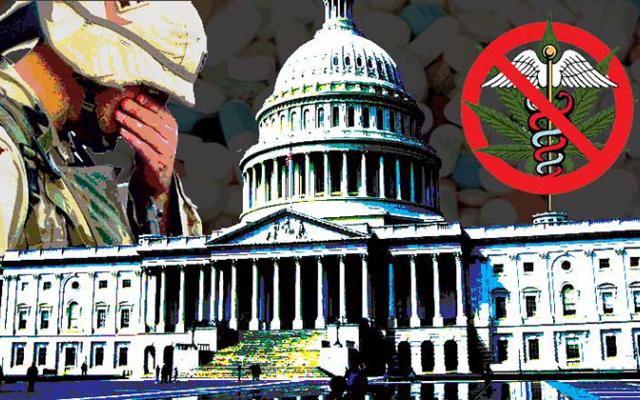 DENVER —Grow4Vets has been handing out cannabis to military veterans for about a year in Colorado.

Now, after a ruling by the Colorado Medical Board to not recognize marijuana as a treatment for post-traumatic stress disorder, High there! and Operation Grow Four Vets and Incredibles have teamed up to host an impromptu rally on their Save a Million Vets Tour.

“We started this summer in Portland,” said Todd Mitchem CEO of High There! “But with the negative ruling — in such a pot-friendly state — we decided to make a stop here before heading to Los Angeles, Nevada, Arizona, and New Mexico.

“Our goal is to make sure these everyday heroes get medication, which will actually help ease their stress and pain, while getting them off prescribed drugs, which in fact can lead them to higher stress levels and even suicide.”

The tour aims to raise $250,000 to support Grow4Vets’ efforts of giving away free cannabis to veterans at the signature rallies around the nation.