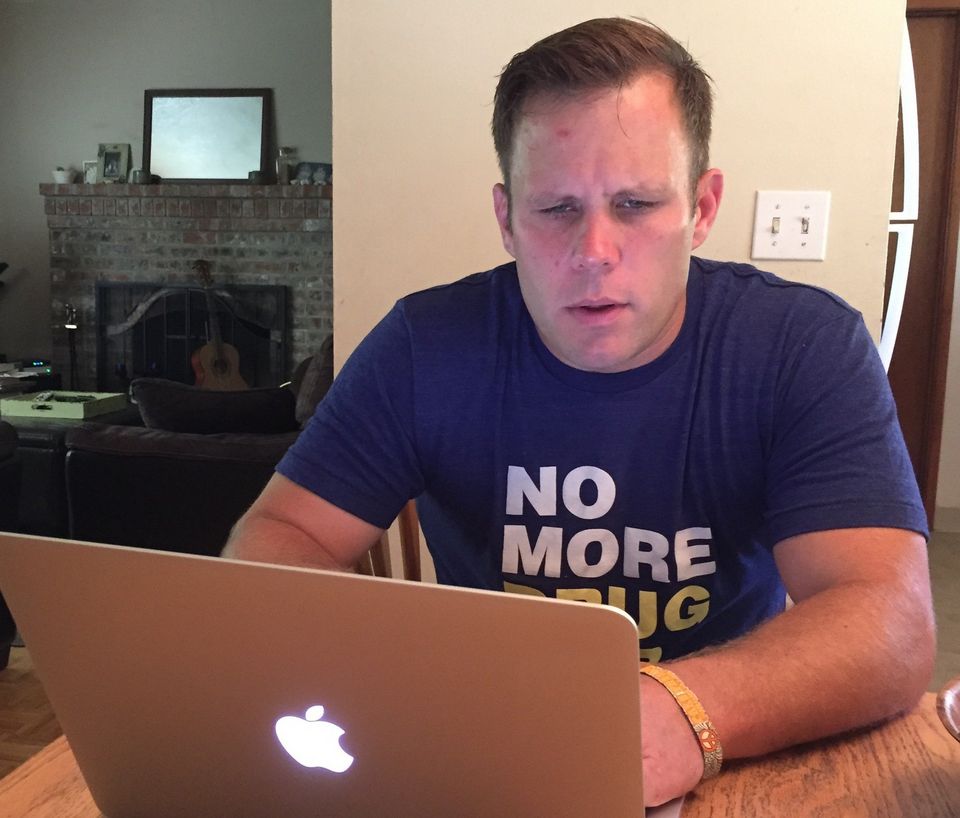 “I can’t believe we did this,” Maurer remembers thinking, flashing back to the years of effort that led to this moment.

Little did those partiers realize that the clean-cut 40-year-old in the white Toyota sedan was the person most responsible for bringing legalized marijuana to Oregon.

Just six years earlier, Maurer was living in Missouri and in the middle of the most searing experience of his life. He was in his boxer shorts working on his computer when narcotics investigators stormed into his home searching for the hundreds of marijuana plants he had hidden behind false walls.

He remembers standing up and urging the officers not to shoot his dogs. And then he turned to see his wife, Leah, on the floor with a shotgun to her head and, as it turned out, having a miscarriage. It was an image, he says, he will never forget.

And then, as they say in all those Facebook posts, you’ll never believe what happened next.

Maurer pleaded guilty to a felony marijuana charge, moved his wife and two kids to Oregon — they later had a third — and decided to fight to legalize the drug.

Still on probation, he became a medical marijuana grower in Oregon and used the money to help assemble a team of legal and political professionals to mount an initiative campaign.

The professionals told Maurer to wait until the next presidential election in 2016. Not enough pot-friendly young people will vote in 2014, they said.

Maurer, undeterred, talked his way into the good graces of the two guys — Ethan Nadelmann and Graham Boyd — who advise the small group of wealthy people willing to put big money into marijuana initiatives.

They agreed to help finance what turned into a $5 million campaign that led to a surprisingly strong 12-point victory on election night. The national legalization movement got a new burst of momentum as advocates look ahead to California and several other states in 2016.

By  Jeff Mapes
Read the full story at oregonlive.com