ALAMEDA — The City Council may have moved to close the Purple Elephant, the medical marijuana dispensary on Webster Street, but that does not mean the business will be going away any time soon. 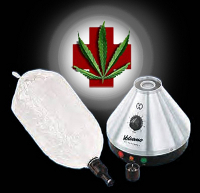 Instead, the pot club’s fate likely will be decided in court.

Attorney Edward Higginbotham, who represents the club’s owner, called the decision Tuesday to uphold the revocation of the dispensary’s business license “blatantly unconstitutional.”

Higginbotham said he now plans to file a writ of mandate in Alameda County Superior Court to reverse the decision.

He also said he was prepared to file a restraining order if authorities tried to close the Purple Elephant’s doors as the case played out in court.

City officials decided to close the dispensary in December, saying that owner Luke Coleman misled them when he described the business as “miscellaneous retail” on the application.  The club opened in July.

Coleman declined to comment on the revocation, citing his attorney’s advice.

Kathy Moehring of the West Alameda Business Association accused him of “an omission of truth” in the application.

“It was to allow them to come in under the radar,” Moehring said.

Rob Ratto, executive director of the Park Street Business Association, said the owner knew he would meet opposition if he openly announced he was opening a marijuana dispensary.

“He chose to circumvent the process by putting down ‘miscellaneous retail’ when he knows that this type of business is controversial in the city of Alameda,” Ratto said.

But Robert Raich, who has litigated medical marijuana cases before the U.S.  Supreme Court, said not fully describing the business was typical on pot club applications.

Otherwise, authorities would move to shut them down, Raich said.

“You’re not saying anything that’s dishonest, but you are also not volunteering information that will come back and bite you,” he said.

The move to pull the license followed the City Council approving a moratorium on pot clubs as a land use, saying it wanted to study how the clubs affect people’s health and safety.  The moratorium is in effect until June 2010.

Higginbotham accused city officials of denying his client due process when they pulled the license.

Club users told the council Tuesday that the business provided a vital medical service and urged that it remain open.

But Councilman Doug deHaan said the council was voting on whether the revocation was justified and not on the merits of medical marijuana.