A Victoria man is hoping to break into the big leagues of B.C. bud distribution by pitching his mail-order medical marijuana business to potential investors on a reality TV show. 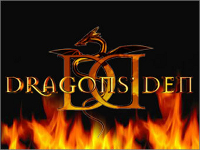 Later this week, Ian Layfield will make his pitch during the taping of Dragons’ Den, a CBC show that offers aspiring entrepreneurs one chance to convince a panel of hard-nosed Canadian business moguls to invest in their products.

Compassion clubs across Canada already distribute marijuana to those with medical prescriptions, but they operate within a grey area of the law that permits the use of medical marijuana, but not its unauthorized distribution.

Currently, the only legal way to obtain medical marijuana is with a federal government permit from an approved supplier, but those laws are being challenged in the courts.

Layfield told CBC News his company is unique because it is the only so-called compassion club in Canada that delivers medical marijuana by mail order. The Victoria company, which he co-founded, will also do the paperwork for those applying for a medical marijuana designation from the federal government, he said.

Later this week he’ll make his pitch on the show, which will air during the fall season, but he said he never expected to be selected when he went to an audition. He had gone simply to support a friend, but ended up auditioning himself.

If he manages to convince one of the “dragons,” as the investors on the show are called, to invest in his company, Layfield said he’ll spend the cash to educate doctors, who often call his store for advice about how to prescribe medical marijuana in place of more conventional pain medications.

“They’re looking for how much is it to prescribe people. They’re looking at [Tylenol 3s], or we’re looking at similar painkillers. What do we use in regard to this to be able to help? What level? What strains there are? In general, what is this product?” he said.

Medical marijuana is legal to use with a prescription in Canada, but its cultivation and distribution are still under legal dispute.