Gov. Tim Pawlenty told reporters on Tuesday afternoon that he will definitely veto a medical marijuana bill that passed the state Legislature on Monday. But, he added, “I have great empathy for the sick.” 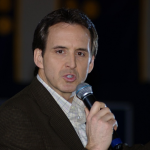 Legislators on both sides of the aisle watered down the bill by eliminating the ability for patients to grow their own marijuana, limiting the bill only to patients who are terminally ill and adding a sunset date two years from enactment, but none of those concessions appear to have affected Pawlenty’s opinion of the bill.

Heather Azzi of the Marijuana Policy Project, one of many groups lobbying for the bill, said in an email Tuesday afternoon, “He is going to exercise his power to make sure dying patients, and their family and friends, continue to face arrest and jail for simply trying to alleviate their pain.”

Advocates say that with majority support in the legislature and among Minnesota voters, they will bypass Pawlenty with a Constitutional amendment next year.