Wednesday, 2 December 2020
You are here: Home Trapdoor led police to underground crop of marijuana in Everett

Profits from his first crop reportedly financed more high-tech equipment for the marijuana growing operation stashed under his basement floor.

Bugs are said to have devoured his second and third crops. The cops found his fourth, according to a story in The Herald of Everett. 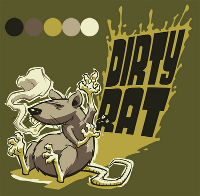 Prosecutors earlier this week charged the 50-year-old with manufacturing a controlled substance, a felony.

Drug detectives say the man went to a lot of trouble to hide the indoor pot farm. Still, he didn’t keep his stash a secret from everyone. An informant ratted him out, police said.

The task force raided the man’s house in December. They pushed a clothes dryer aside and found a trapdoor. Under the door a short ladder led to an area below the basement floor.