Here’s what I’m thinking. With all this change in the air, this idea that we really can shake up the status quo and attack our nation’s problems from a different angle — we probably should take a look at our drug laws, don’t you think?

Remember back in 1969 when President Nixon declared a “War on Drugs”? We were going to wipe out the illegal drug trade that stopped so many of us from being productive citizens! Wow, that sure sounded like a great plan. But, here we are 40 years later and we’re still struggling with what to do about those who either sell or get addicted to illegal drugs. 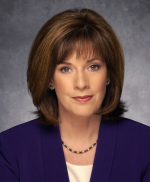 It’s important to make the distinction here: drug addicts versus drug dealers. The first are surely breaking the law, but no one aspires to become an addict, right? They’re sick and in need of medical and mental health attention. The dealers, of course, are felons making loads of money off the weak. Yet we lock up both groups as if they are the same kind of criminals. That doesn’t seem right.

Now, I don’t want to make this a political conversation — you know, Democrats versus Republicans, liberal versus conservative. I want to talk about what’s best for our country — our economically strapped country. Since that “War on Drugs” declaration, we’ve gone way past the billion-dollar mark to somewhere in the trillion-dollar area. I read the other day that it costs us a collective $69 billion each year to keep up this war. Why do we keep doing the same things over and over if they’re not getting rid of the problem?

It costs society so much in terms of court and prison costs, lost productivity and damage to families. So sad, isn’t it?

We’ve spent years tinkering with prison rehabilitation for convicted addicts. There’s been no great breakthrough. Maybe we need special hospitals just for them. I wonder if we could do that for less than $69 billion a year? As for the drug dealers, well, we keep slapping them with mandatory and harsh sentences and as fast as we lock ’em up there are more arrested every day. Our prisons are bursting at the seams!

We’ve got a federal Drug Enforcement Administration and each state has a drug task force, and local law enforcement has undercover operations to try to smoke out the bad guys.
Drugs continue to stream across our borders, mostly from Mexico, but also from Canada. Countless homegrown drug labs dot the country’s landscape. The problem never seems to end. We don’t have a handle on it — it has a handle on us!

You know, there’s a group of 11,000 law enforcement types, called LEAP, Law Enforcement Against Prohibition, which says if we just legalized all drugs, the massive profit margin would disappear. They liken it to 1933 when the prohibition on booze stopped and put Al Capone out of the bootlegging business. LEAP thinks drug kingpins would find the government taxes and regulations so stiff, they’d just fold their tents.

I’ll have to have another cup of tea and think about that. I don’t think I’m for legalizing all drugs. But, it sure would be a tempting new tax revenue stream, wouldn’t it?

Look, I don’t pretend to be smart enough to figure out the whole big national drug problem but, you know, we’ve got to start somewhere. I’ve been thinking that one way to cut down our costs is to weed out (pardon the pun) those 872,720 Americans who the FBI says were arrested for marijuana in 2007. There might have been a million marijuana arrests last year — the figures aren’t in yet.

I mean, whom are we kidding? Millions of Americans admit they’ve smoked grass, ganja, pot — whatever you want to call it — including at least two of our presidents, CEOs of top companies, Olympic athletes and countless other productive members of our society. Spending all this money to arrest and prosecute these cases seems to be getting us nowhere. Isn’t it weird that we approve using marijuana for medical purposes but not for those who’d like to substitute it for a glass of vodka once or twice a week?

Yep, that’s what I’m thinkin’. We have to start somewhere and so we might as well decriminalize things for all those Americans who, despite the law, are smoking marijuana anyway.

It sure is nice to be able to chat about this without someone going off accusing the other of being a kook or a commie or some other name. Want some more tea?