Although the NH House and Senate, along with over 70% of NH residents, believe that sick and dying people should be able to find relief from Medical Marijuana , one man now stands in the way of this vital piece of legislation. 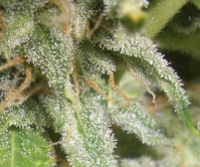 Apparently Governor Lynch is feeding into the old Reefer Madness propaganda that has been disproved by doctors and scientists around the world.

After passing the NH House and Senate, HB 648 has been sent back to the NH House for final approval, and legislators are attempting to negotiate a compromise that Lynch will approve of. Apparently Lynch believes that sick people finding relief from chronic and debilitating pain would encourage young people to abuse the drug. Of course far more addictive and harmful drugs such as Oxycontin, are readily available, but Lynch seems to be disconnected when it comes to the basic foundation of logic and common sense.

With a doctor’s recommendation, HB 648 would allow patients to possess six marijuana plants and two ounces of Medical Marijuana.

Thirteen states, including Maine, Vermont and Rhode Island, allow sick people to find relief from Medical Marijuana. The federal government has recently pledged to stop the raids that have plagued dispensaries in California and other states that have legalized the medical use of the drug.

Call Lynch today and tell him that doctors should be able to prescribe Medical Marijuana to sick and dying people. One man should not be able to cause needless suffering and anguish to those who need relief. Governor Lynch can be reached at (603) 271-2121.