PANAJI: Special judge of the Narcotic Drugs and Psychotropic Substances (NDPS) court at Mapusa, B P Deshpande, on Wednesday convicted and sentenced 28-year-old Nepali national Thagendra Budhamagar to 10 years rigorous imprisonment and a fine of Rs 1 lakh in default of which he would have to undergo six months RI for possessing 1.815 kg of charas. 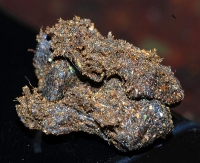 Budhamagar was caught red-handed with the charas near a famous restaurant at Caranzalem beach on the evening of February 5, 2008. Acting on prior information, PI Suraj Halarnkar and his team of plainclothes police from the anti-narcotics cell, laid a trap for Budhamagar around 6pm.

As the description of the suspect matched the description given by the informant, the police surrounded Budhamagar. He however, offered no resistance. The police then read out his rights under section 50 of the NDPS Act and searched his shoulder bag where they found the dark, sticky substance identified as charas.

During the trial, eight witnesses were examined on behalf of the prosecution. Public prosecutor Shiral Monteiro prayed for a stringent sentence to deter potential offenders from committing such crimes.