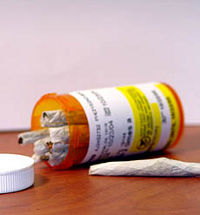 Victory came on a narrow 36-28 vote after debate pitting concern about those suffering from the pain of serious illness against fears that allowing patients to use marijuana would result in an increase in drug abuse in the state.

Law enforcement has consistently opposed the medical marijuana bill. But Sen. Steve Murphy (DFL-Red Wing) said during the debate that the issue is a medical issue, not one to be decided by “our brothers and sisters in blue.”

The Senate has passed medical marijuana legislation before, but it has not been approved by the House. While advocates believe they have the votes to pass the House this year, they still face a veto threat from Gov. Tim Pawlenty (R). Whether either chamber could muster the votes to override a veto is questionable.

The House is expected to take up the bill next week.