Wednesday, 8 February 2023
You are here: Home ‘They deserved to die’ and other views on drug use

Four young adults in the UK recently died after reportedly taking ‘Superman’ ecstasy pills which happened to contain high levels of a dangerous adulterant called PMMA.  The story was covered extensively, and I, too, contributed a piece to The Independent.  Interestingly, however, many comments in response suggested these users deserved to die for using an illegal drug such as ecstasy.  Other comments suggested that anyone who takes a drug like ecstasy lacks intelligence and deserves to be eliminated via natural selection. 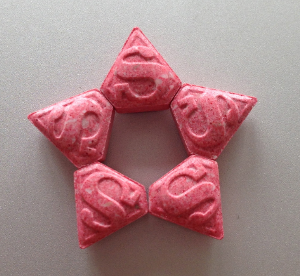 It is quite easy to say that if these people obeyed the law then they would still be alive.  After all, much of the population sees drug use as a black and white issue—you either decide to be ‘normal’ (and safe) and obey the law or you decide to be socially ‘deviant’ and disobey it.  But it really isn’t that simple.

There are many reasons why people use recreational drugs.  Ecstasy, for example, is most commonly used for social reasons at dance parties.  However, until recently, relatively few users have died (hence the extensive media coverage of recent deaths).  We are much more likely to hear about people dying from heroin…or alcohol.

If you were born after the 1960s, then policy-wise, drug prohibition is likely all you know.  From the day we’re born we’re taught that drug use is bad and perhaps immoral.  Whether or not they are very successful, I personally, believe drug laws are generally at least driven by good intentions.  As it is unlikely that drug policy will change anytime soon, it is important to consider how our attitudes are shaped under such policy.

By @josephpalamar
Read the article in full at independent.co.uk