Saturday, 2 July 2022
You are here: Home Meet Alysa Erwin, the teen who beat cancer with cannabis

At 14 years old, Alysa Erwin was diagnosed with terminal brain cancer.  As it would with any family, the news hit hard. “When the doctor called me to tell me Alysa had cancer, she said there wasn’t a good outcome. There was no success rate whatsoever,” said Carly, Alysa’s mother.

“She told me all we could do was have hope.” 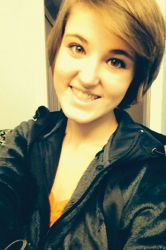 In 2014, Alysa is cancer-free, and her family believes cannabis oil saved her life. At the time, the Erwins’ outlook appeared grim. Doctors call her condition Grade III anaplastic astrocytoma, an inoperable cancer with a near-zero survival rate. Alysa’s disease, caused by uncontrolled neuron growth, had spider-webbed throughout her brain. There were no individual tumors to target. A wiry network of cancerous cells penetrated so far into her skull that surgery was impossible. That meant Alysa would have to undergo aggressive chemo—and radiation therapies, a choice which leaves many terminal patients incapacitated during their final days. In Alysa’s case, even with traditional medical treatment, doctors expected she’d survive for only another one or two years. The situation became desperate, and the Erwins sought out another choice.

Alysa’s father David, heard about Rick Simpson’s Phoenix Tears Foundation through Michigan Compassion, a medical cannabis organization. After watching the documentaries What If Cannabis Cured Cancer? and Run from the Cure, the Erwins decided cannabis oil was their best bet for Alysa’s recovery.

“We knew what we wanted,” Carly said, “but we wanted to hear her choice.”

Alysa, presented with the options of chemotherapy or cannabinoids, tried the conventional route first. After just five days of popping Temedor pills—and enduring the debilitating nausea that comes with them—she abandoned chemo and went with cannabis. The Erwins were floored. They saw instant results.

Thirty minutes after she took her first half-teaspoon mix of concentrate and peanut butter, Alysa was laughing again. She was eating. Her pain vanished and she could hold down food. “She was like a regular teenager,” her mother said.

As Alysa’s tolerance built up, her mother increased the dose. During the first year, it was 1.5 milliliters a day. Afterward, it went up to 3 milliliters a day. For the longest time, the Erwins kept the treatment a secret from their doctor. They worried about legal repercussions stemming from the cannabis oil, as well as losing their medical care. Their doctor initially believed Alysa was still continuing chemotherapy, but the ruse didn’t last long.But cannabis oil is potent, even for experienced patients. At first, Alysa struggled with the oil’s somnolent properties. She spent the early days of treatment sleeping, waking up only to eat. The Erwins waited anxiously for four months while their daughter adjusted to the cannabis oil.

After the first three months of oil dosing, MRI scans showed the cancer stopped growing. After six months, the Erwins’ doctor told them, “I can’t believe she’s walking.” By this point, Alysa’s tumors were shrinking. Follow-up exams confirmed the cancer’s recession, but the results of Alysa’s blood work didn’t match the profile of a chemo patient. That’s when the doctor became suspicious, and the Erwins finally confessed about the cannabis oil. Since cannabis is not officially recognized as a cancer treatment in the U.S., the doctor cautioned them about its use, but she never dissuaded the family from their course.

“Whatever you’re doing, keep doing it,” the doctor told them.

As with any unconventional therapy, controversy abounds. Some people are wary of giving kids cannabis as a medicine. Uncertainties about the cannabinoids’ effects on the developing brain, as well as prohibitionist fears of “kids getting high,” keeps the debate raging. In terms of the oil’s intoxicating side effects, Alysa would like to dispel any ideas that she is just in it for the “high.”  She says she doesn’t enjoy the oil’s bitter, waxy flavor. She’s not entirely a fan of the medicine’s psychoactivity, either.

“I don’t really like taking my oil and just the experience with it because of being sick. It really ruined the taste for me,” she said.

Alysa’s mother dealt with criticism from other parents. “A lot of people ask me, ‘How can you give your child marijuana? How can you let her get high like that?’ But look at all those pills the hospital gives you. Those make you high, and they can shut down your kidneys.” David also explained Alysa’s tolerance keeps his daughter relatively straight. “If you ever met her, you’d see she doesn’t look high. She doesn’t act high.” And through it all, Alysa, like most American teens, passed her driver’s license test with flying colors. She even got a Chevy Blazer as a gift from her parents.

It’s been a long, tough trek for the Erwins. Cannabis oil doesn’t come cheap, but they received assistance from activist Gersh Avery, who showed them how to make their own oil. Donations from the community helped, too. As others provided charity to the family, stigma still stung the Erwins, particularly Alysa herself.

The worst she experienced wasn’t the community’s reaction to her controversial cannabis therapy, but her terminal diagnosis. Alysa says she lost most of her friends after they discovered she was sick. Her “death sentence” became a source of constant teasing. School mates turned on her. “They were telling me I was going to die soon, so my opinion didn’t matter,” she recalled. Even her best friend fell off during the ordeal. “She said it was too hard to have a friend at 17 with cancer.”

The bullying got so bad the Erwins pulled their daughter out of school. The new arrangement worked out, since her mother could take care of her as she healed. Currently, Alysa’s wrapping up a high school diploma through online classes. Although Alysa was devastated by her former peers, one loyal friend did stick around. As a sign of solidarity for Alysa’s fight against cancer, he and her older brother got tattoos together: Awareness ribbons with her name written along the bands.

In January 2013, a little over a year after the Erwins embarked on their journey, Alysa’s MRIs came back with astonishing results. “Her scans were totally clear,” her father said. “No tumors. No cancer. Nothing.”

Alysa has spent the last year spreading awareness about cannabis oil as a cancer treatment. She’s spoken at a number of conferences, and her story continues to inspire others to consider cannabis as a viable cancer treatment.

Today, she’s looking forward to a new, healthy life as a college freshman. A compassion club set up a college fund for her, granting her an opportunity to study whatever she wants, wherever she wants.

“If I went with the conventional treatment, I don’t think I’d even be here,” Alysa said. “My medicine cured me and enabled me to be alive. To live with little side effect.”