Saturday, 3 December 2022
You are here: Home Half of the United States Has Now Passed Some Form of Medical Cannabis Legalization

In 2014 numerous states have joined the movement to legalize at least some form of medical cannabis.

In Utah, the governor recently signed a measure legalizing low-THC cannabis oil. In Kentucky, the state’s legislature has voted unanimously to legalize cannabidiol (a compound found in cannabis); the measure is expected to be signed by the governor.

In Mississippi, the state’s House and Senate has voted to also legalize cannabis oil that’s low in THC for medical purposes. The measure awaits response from the governor. 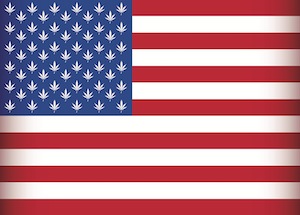 In Maryland, the state’s full legislature has voted to legalize medical cannabis, including dispensaries and cultivation centers.

Alabama’s Legislature has approved a measure which establishes a million dollar study on medical cannabis oil, allowing the University of Alabama to produce and distribute it to those with seizure disorders.

Although these measures don’t go far enough – the whole cannabis plant should be legalized for example, and not just cannabis oil – they’re clearly a step in the right direction. The approval of these proposals is also numerous states admitting that cannabis has medical value, demonstrating that it doesn’t fit the legal description of a Schedule 1 controlled substance.

With these states recently passing medical cannabis proposals, it makes 25 states in the U.S. – half of the entire country – that has voted to legalize some form of medical cannabis (with the others being Alaska, Arizona, California, Colorado, Connecticut, Delaware, Hawaii, Illinois, Maine, Massachusetts, Michigan, Montana, Nevada, New Hampshire, New Jersey, New Mexico, Oregon, Rhode Island, Vermont and Washington). This is a huge achievement given the first medical cannabis law was passed less than 20 years ago.

Other state legislatures, such as Florida‘s, are also currently advancing medical cannabis proposals, and numerous other states have legislation being discussed. It’s only a matter of time before medical cannabis will be legalized nation, and worldwide.