There have been a handful of fake marijuana stories recently from satire news outlets. One of the most well known ones involved 37 people overdosing on marijuana the first day that recreational marijuana sales started in Colorado. Apparently, it wasn’t well known enough because a Maryland police chief cited it in his testimony to the Maryland Legislature when he was speaking against marijuana legalization. And marijuana opponents claim that we are stupid… 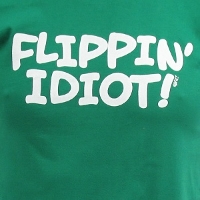 “The first day of legalization, that’s when Colorado experienced 37 deaths that day from overdose on marijuana,” Annapolis Police Chief Michael Pristoop said in testimony at Tuesday’s Senate Judicial Proceedings Committee hearing. “I remember the first day it was decriminalized there were 37 deaths.”

“If it was a misquote, then I’ll stand behind the mistake,” Pristoop said, according to the Capital Gazette. “But I’m holding on to information I was provided.”

The police department issued the following statement on their Facebook page trying to apologize for the horrible job they did testifying against marijuana legalization:

On Tuesday February 25, 2013 Chief Michael Pristoop testified in front of the Maryland Senate Judiciary Committee opposing the decriminalization and legalization of marijuana.  During his testimony the Chief indicated a number of deaths occurred in Colorado on the first day of marijuana legalization in that State. Chief Pristoop, after conducting additional research, discovered that the numbers presented were not accurate but an urban myth. “I apologize for the information I provided concerning the deaths. I believed the information I obtained was accurate but I now know the story is nothing more than an urban legend,” Chief Michael Pristoop stated. “This does not take away from the other facts presented in opposition to legalization or the good work of the Maryland Chiefs and Maryland Sheriffs Associations.”

The police chief makes $147,515 a year. One would think that at that pay rate, he would do a better job of fact checking before testifying before his state’s legislature. But then again, providing facts instead of propaganda has always been hard for marijuana reform opponents.