A CANNABIS growing couple have been cleared of dealing the drug, after arguing they were going to burn it in a pit as part of a spiritual ritual to a Hindu god.

Katarzyna Dryden-Chouen and her husband Clive admitted growing it at their Littledean home, but said they never intended to sell it.

A jury cleared the pair of possession with intent to supply and money laundering more than £250,000 of cash that had gone into her bank account. 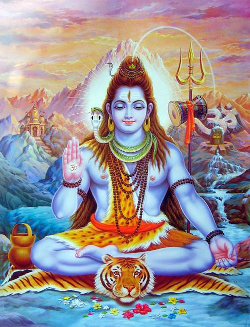 Gloucester Crown Court heard when police busted her Old Vic home in Church Street in her lounge was a shrine to the Hindu God of Shiva, who has a close association with hemp.

The 46-year-old, who claims to have a talking mouse, said she honestly believed the world would end last December and so had been growing it ahead of a ritual by the doomed day.

She maintained she did not realise it was illegal to grow and said she did used to smoke it when she was meditating, which she did for up to nine hours a day.

Her racing driver husband Clive, 60, a former bankrupt, said he shared her views and said vast quantities of cash in the bank, and at their home, was from his business.

Following the not guilty verdicts, the court heard Her Majesty’s Revenues and Customs would be informed as Clive admitted he had not paid tax on the cash.

Clive’s son Ashley Chouings, 32, of Avon Street in Glastonbury, had been in the dock, but was cleared of charges against him following a direction by the judge earlier in the 15 days trial.

The married couple admitted production of cannabis and will be sentenced for that at a later date, to be fixed