It’s been 15 years since Ross Rebagliati won snowboarding’s first Olympic gold medal at the 1998 Winter Games — and then nearly lost that medal after he tested positive for marijuana.

Since then, the drug has become an integral part of Rebagliati’s life. Next month Rebagliati will open a medicinal marijuana dispensary in Whistler, British Columbia, called “Ross’ Gold.” The Canadian has also become a public face for pot-smoking athletes around the globe. 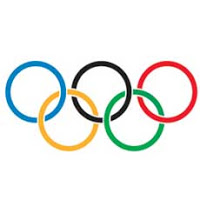 “Anytime somebody gets in trouble for weed I’m the guy the media calls,” Rebagliati, who lives outside Whistler, told USA TODAY Sports. “I went on NBC to defend (Michael) Phelps for smoking responsibly. I told them, Hey, it’s zero calories, zero fat!'”

Like cocaine and heroin, cannabis is banned during competition by WADA, which oversees drug testing worldwide in Olympic sports.

WADA recently amended its rules on cannabis, raising the threshold for a positive test from 15 nanograms per milliliter to 150 ng/ml. In 1998 at the Nagano Games, Rebagliati recorded a level of 17.8 ng/ml, and argued the test resulted from second-hand smoke, which he still says. Ben Nichols, a spokesperson for WADA, said the raising of the threshold is meant to catch only athletes who smoke during the period of a competition. The drug isn’t prohibited out of competition.

“Our information suggests that many cases do not involve game or event-day consumption,” Nichols said. “The new threshold level is an attempt to ensure that in-competition use is detected and not use during the days and weeks before competition.”

Raising the threshold level to 150 nanograms per milliliter means that an athlete would have to be a “pretty dedicated cannabis consumer” to test positive, according to Allen St. Pierre, executive director of the National Organization for the Reform of Marijuana Laws (NORML).

Read the full story at usatoday.com