With a plot out of a Hollywood movie or a gripping Lifetime TV show, a mesmerizing drama of sex, power, frame-ups, planted drugs, and lies unfolded in real life in Georgia when two Murray County sheriff’s deputies recently pleaded guilty in federal court for their part in a scheme to send an innocent woman to prison. Now both deputies await sentencing on charges of obstruction of justice and perjury stemming from an FBI civil rights investigation into the odd goings-on Down South.

The woman in question, Angela Garmley, had filed a complaint with the Georgia Judicial Qualification Committee alleging that Chief Magistrate Judge Bryant Cochran solicited sex from her in return for legal favors. Shortly after Garmley filed her complaint, she was arrested on August 14, 2012 in sleepy Chatsworth, Georgia, and charged with possession of methamphetamines. 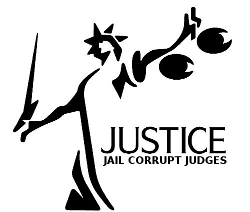 “My client was set up and framed with methamphetamine drugs by Judge Bryant Cochran, whom she had accused of soliciting her for sex in exchange for legal favors in a case she had in Cochran’s court,” attorney McCracken Poston told the Chronicle.

Poston, a former Georgia state representative from nearby Ringgold with a reputation as a crack attorney, is representing Garmley in a  civil lawsuit against Murray County. And Garmley isn’t alone. Since this scandal broke, three women who worked in Cochran’s court have filed a separate lawsuit against the judge and the county claiming Cochran sexually harassed them while county officials negligently failed to protect their rights.

“The judge, two deputies, and a handyman named C.J. who is employed at Judge Cochran’s property conspired to plant the drugs on my client. And if the frame-up hadn’t been discovered my client would’ve been facing 25 to 30 years in prison,” Poston said, echoing the allegations made it the lawsuit.

Although the drug charge was dismissed a week later at the request of investigators when the frame-up wax exposed, Garmley is still suffering the consequences of her false arrest. Under Georgia law, it takes one year for the charge to be removed from Garmley’s record, and the arrest has already cost her.

“My client was denied a much higher paid job due to the felony drug charge on her record and what the judge and cops did to her. Nobody should have to suffer like that,” Poston said.

By Clarence Walker
Read the full story at alternet.org