FRANKFORT, Ky. (AP) — Kentucky would be able to quickly license hemp growers if the federal government ever lifts a ban on the crop under a measure approved by the state Legislature on Tuesday.

“We have, in my opinion, put together a strong bill,” said House Majority Floor Leader Rocky Adkins, D-Catlettsburg. “We will be on the cutting edge and be ready to hit the ground running.” 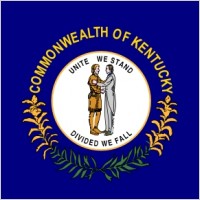 The measure passed the House 88-4 late Tuesday night. Minutes later, it passed the Senate 35-1. It now goes to Democratic Gov. Steve Beshear who hasn’t said whether he will sign it into law.

Once a politically taboo idea, growing hemp has become an increasingly popular idea among Kentucky’s elected leaders. Senate Republicans pushed the legislation, which was initially frowned upon by House Democrats.

Hemp thrived in Kentucky generations ago but has been banned for decades since the federal government classified it as a controlled substance related to marijuana.

Agriculture Commissioner James Comer has said the crop could be an economic boon for Kentucky. Besides creating another crop for the state’s farmers, Comer said hemp could lead to manufacturing jobs that produce products ranging from paper to cosmetics.

Read the full story at businessweek.com