Wednesday, 8 April 2020
You are here: Home “Evergreen” documentary to tell inside story of marijuana legalisation in Washington State

A new feature documentary titled “Evergreen: The Road to Legalization in Washington” has wrapped principal photography and moved into post-production. The film explores how citizens in Washington successfully legalized recreational marijuana in 2012, approving an unprecedented ballot initiative that continues to send shock waves throughout the nation. 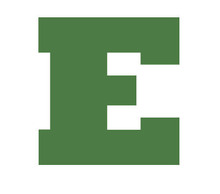 The film’s producers today launched an Indiegogo campaign to help raise post-production and finishing costs before a Feb. 17 deadline, envisioning the project as a blueprint for states around the country to learn from Washington’s historic legislative decision in reforming their own drug policies.

“Evergreen: The Road to Legalization in Washington” is an in-depth examination of the issues surrounding Initiative 502, which made Washington the first state to legalize recreational marijuana possession and private use by adults when the law went into effect on Dec. 6. Colorado citizens also passed legislation allowing recreational marijuana, which the governor signed into law on Dec. 10.

These two states have pushed drug prohibition into the national spotlight, bringing up questions of personal liberty, states’ rights and long-standing federal prohibition policies. What are the local, federal and cultural implications of the first US state voting to approve recreational marijuana possession by a 56 percent to 44 percent margin? How did Washington State get this pot reform law passed in the wake of the failure of Proposition 19 in California? Why are a majority of medical marijuana patients, dispensaries and care providers strongly opposed to I-502?

The producers of “Evergreen” launched their 45-day to help pay for the film’s upcoming post-production and finishing costs. They hope to hit a goal of $36,000 using the popular online fundraising platform for independent filmmakers: indiegogo.com/evergreendoc

After more than a year of filming with exclusive access, director/producer Riley Morton and writer/producer Nils Cowan knew they had captured enough footage to tell the inside story of I-502 from a balanced perspective, having interviewed dozens of policy experts, elected officials, advocates, opponents, medical patients, cannabis manufacturers, street dealers and local citizens affected by this unprecedented state law.

To help shape this footage into a definitive historical documentary, Morton and Cowan partnered with a Webby and Emmy® Award-winning team of local filmmakers to handle post-production, publicity and release. Jason Reid, Darren Lund and Adam Brown are the producers and editors behind the acclaimed feature documentaries “Sonicsgate: Requiem for a Team” (2012), “K2: Siren of the Himalayas” (2012) and “Man Zou: Beijing to Shanghai” (2010).

Morton, Cowan and Reid are available for press interviews during the extent of the Indiegogo campaign. Please use the contacts listed above for any media, partnership, distribution or sponsorship inquiries.

Learn more about “Evergreen: The Road to Legislation in Washington” at the official film website: evergreendocumentary.com.