Saturday, 24 October 2020
You are here: Home Rules may be tightened on smoking medical marijuana

OTTAWA — Canadians who have permission from the federal government to smoke marijuana for medicinal purposes are now facing impending restrictions about where they can light up. 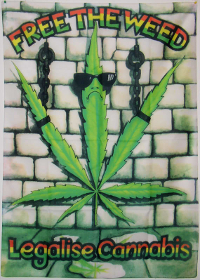 Health Minister Leona Aglukkaq said Wednesday in the House of Commons that the government is concerned about the issue of smoking medical marijuana in public.

“That’s why I have instructed my officials to examine this issue and develop options,” said the health minister.

The federal government has been under pressure to clarify the rules around medical marijuana use in public. One recent request for clarification came from a bar owner in Burlington, Ont., who faced allegations of discrimination when he asked a medical marijuana user not to smoke outside his business.

The existing Marijuana Medical Access Regulations, which came into force in 2001, do not stipulate where patients can use their marijuana. While users must abide by any federal or provincial legislation and local bylaws that restrict smoking cigarettes in public places, there are no other specific prohibitions on medical pot use in public.

The government says the issue has been on its radar for some time and that it is responding to public concern in developing the new rules. It has not set a deadline for the new regulations to be in place but the department doesn’t anticipate the process being too lengthy.

Health Canada officials will develop proposed regulations and present them to the health minister, who will make the final decision on the regulations.

A member of the British Columbia Compassion Club Society, a health centre that provides access to medicinal cannabis, says the organization understands the need for clear rules but hopes they are no more strict than the ones imposed on cigarette smokers.

Jayce Sale said however, that they are concerned about the impact of heavier regulations.

“It gets into a slippery slope because medical marijuana users have that right to use it and so by creating more barriers around where they can do it is a concern because it’s limiting options for them,” she said.

“We don’t have those kinds of requirements for other people when they use their medicines,” said the 62-year-old who uses cannabis daily to ease the effects of his rare form of cancer.

“It is just so difficult to understand how someone that is struggling with cancer as I am . . . my society would want to send police with guns to terrorize me and my family, tell me where I can and cannot smoke, to arrest me if I happen to be using cannabis in the wrong place or at the wrong time.”

In 2004, Kubby was hiking in a park and confronted by an off-duty RCMP officer who took his joint, threw it on the ground, and told him he had no right to smoke it there even when Kubby explained he was a registered patient under the government’s medical marijuana program.

He sought clarification from Health Canada who told Kubby in a letter soon after the incident that, “While Health Canada advises authorized persons not to consume marijuana in public, there are no legislated restrictions on such action.” The RCMP later apologized to him.

He said people that are using marijuana for medical reasons already have enough to worry about without having to abide by rules about where to use it.

About 2,800 people are authorized to possess marijuana under the federal government program.