Earlier this month, when police held a 75-year-old woman at gunpoint and killed her dog, lots of us in the marijuana community were horrified, appalled and outraged. The disgusting, terroristic tactics of would-be Rambos on over-funded, over-armed, over-enthusiastic redneck local drug task forces is enough to make anybody want to throw up. 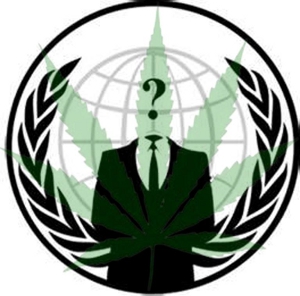 Some, however, have more means at their disposal to express their disapproval of such jack-booted thug tactics.

Members of the online activist collective Team Vendetta on Monday afternoon took down he website of the Wayne County Narcotics Enforcement Team, “doxing” the entire task force team (gleaning their personal information from the site) and posting online the information of the top three men in charge of the team.

The widespread disgust was due to a botched drug raid during which Wayne County Sheriff’s deputies, along with Macedon Police officers, broke into 75-year-old Phyllis Loquasto’s home in Walworth, New York, forced her at gunpoint to lie on her bathroom floor, screamed at her to close her eyes and stay down, then executed her dog, “Duke,” by shooting him.

As she was lying on her bathroom floor, Loquasto could hear the cops talking in loud voices, reports Information Liberation. “The dog hadn’t even barked, yet I heard one of them say, ‘He’s aggressive, shoot him!’ I’ll never forget the sound of that gunshot and the blood flying everywhere,” Loquasto said.

“They did all this while forcing me to lay on the bathroom floor, screaming at me to stay down, and holding me at gunpoint,” she said. “I’m 75 years old, had three strokes and knee replacement, and can hardly walk. There was nothing I could do to help my pet.”

Read the full story at tokeofthetown.com