Monday, 27 January 2020
You are here: Home Belize to Consider Decriminalizing Possession of Marijuana

On July 16, the government of Belize released a press statement announcing the appointment of a committee to evaluate a proposal to decriminalize marijuana possession. The committee – to be headed by a former police minister – was appointed by the Minister of National Security. The proposal in question seeks to remove criminal sanctions for possession of up to 10 grams of marijuana and instead impose fines and mandatory drug education. Currently, possession of less than 60 grams of marijuana is punishable by a fine of up to US$26,000 and/or up to three years in prison.

The government’s press release states that the initiative “is driven by increasing evidence that the current legislation clutters the courts and the prisons with primarily a marginalized segment of our population. The added impact of a permanent criminal record further disadvantages this already marginalized group as it establishes a barrier against meaningful employment (…) This is further supported by international trends toward decriminalization.” 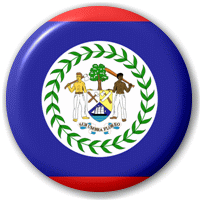 Due to its geographical placement, Belize has become a prime drug trafficking gateway from South America into Mexico and the United States. Last year, the Obama administration added Belize to a blacklist of countries considered major drug production or transit routes. As a result of increased drug trafficking, Belize has seen rising levels of violence and numbers of street gangs. In a country beleaguered by drug-related crime, decriminalizing marijuana users will free up law enforcement and court resources to tackle the gang violence instead of focusing on imprisoning low-level drug offenders.

This is a modest proposal, consistent with decriminalization legislation in many U.S. states, as well as in Latin American and European countries. It is also notable because Belizean law enforcement officials and agencies are the ones pushing it forward. It is good to see a government acknowledging the harms of marijuana criminalization, which most negatively affects society’s marginalized communities.

Decriminalizing drug possession appears to have little impact on levels of illicit drug use. Its principal impacts are reducing arrests of drug users, especially those who are young and/or members of minority groups; reducing opportunities for low level police corruption; allowing police to focus on more serious crimes; reducing criminal justice system costs; and better enabling individuals, families, communities and local governments to deal with addiction as a health rather than criminal issue.

The United States clearly lags far behind Europe and Latin America in ending the criminalization of drug possession. Momentum for reform is growing with respect to decriminalization of marijuana possession, with Massachusetts reducing penalties in 2008, California in 2010, Connecticut in 2011 and Rhode Island earlier this year. All states, however, treat possession of other illegal drugs as a crime. Thirteen states, the District of Columbia, and the federal government currently treat possession of drugs for personal use as a misdemeanor, with penalties of up to a year in jail. The remaining thirty-seven states treat possession of cocaine, heroin and other drugs as a felony, with penalties than can include many years in prison.

It is encouraging to see Belize’s government join the growing number of countries calling for alternatives to the criminalization of people who use drugs. In the past months, Latin America has been at the forefront of this trend – most recently with Uruguay’s marijuana legalization proposal – and the move by Belize towards marijuana decriminalization represents another significant step forward in this debate. Hopefully, this initiative will mark the beginning of the Belizean government playing a more active role in regional and international discussions on drug policy reform.

By Ethan Nadelmann the executive director of the Drug Policy Alliance
Source: huffingtonpost.com