Wednesday, 8 July 2020
You are here: Home A new high at parliament: pot protest on MPs’ doorstep

Medicinal marijuana users from the Netherlands are planning to hold a smoking protest outside the Houses of Parliament as part of a new campaign to push for the decriminalisation of cannabis in the UK. The publicity stunt is the brainchild of Norml, a US-based campaign group which has opened its first British chapter. 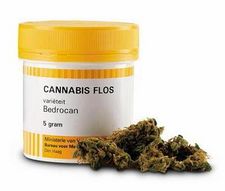 Founded more than three decades ago, the National Organisation for the Reform of Marijuana Laws has played a key role in persuading 17 states to adopt some form of cannabis decriminalisation – mostly for medicinal users.

The group hopes to highlight the discrepancy within European law over who can use medicinal marijuana and who cannot.

In the Netherlands, sufferers of chronic diseases are allowed to smoke Bedrocan, a strand of cannabis licensed by the Dutch government.

Under the Schengen Agreement, as long as a Dutch person has a certificate stating that their cannabis is for medicinal use they can smoke it in another European country without penalty. But a British person with an identical condition would risk arrest, even if a Dutch doctor had prescribed them medicinal cannabis.

Norml now plans to get medicinal marijuana smokers from Britain and the Netherlands to hold a protest that could result in the UK demonstrators being arrested while their Dutch counterparts go free.

“It’s clearly unfair that a Dutch person who uses cannabis to alleviate their symptoms is not at risk of prosecution while a British person in an identical situation would be,” Norml UK’s founding member Chris Bovey told The Independent.