Sunday, 26 January 2020
You are here: Home Historic 4/20 in Colorado: Voters Have a Chance to End Marijuana Prohibition!

April 20, the quasi-official holiday for people who enjoy marijuana, is recognized by millions around the world. Those who celebrate 4/20 do so despite — and often due to — decades of out-dated propaganda about a plant that is objectively less harmful than alcohol. They do so despite our federal government’s stubborn insistence that marijuana is one of the more dangerous substances known to man and that it has absolutely no medicinal value. People who choose to celebrate 4/20 do so amidst intense stigma surrounding the event and marijuana in general. 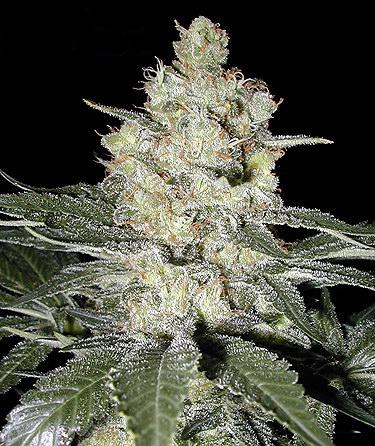 This reality will soon be on full display once again in Boulder, Colo. where one of the more prominent 4/20 events takes place on the University of Colorado campus. This year will have a deeper significance as Amendment 64 is on the ballot to tax and regulate marijuana. Amendment 64 decriminalizes marijuana regarding adult possession and opens the door for the state and local municipalities to establish a non-medical, regulatory framework regarding cultivation, distribution and sale.

CU administrators have drawn a dubious First Amendment-line in the sand by closing the campus to the public and threatening arrests. In spite of this, local activists plan to mobilize support for Amendment 64 this weekend.

This collaborative effort will include full-page ads in multiple publications calling for the end of marijuana prohibition, educating people on the ground about the ballot initiative, registering them to vote, and even planes flying overhead with banners calling for an end to the overall drug war that is arguably built upon the criminalization of marijuana use. More than 10,000 people are expected to attend, including allies from the CU Law School chapter of Students for Sensible Drug Policy and the local chapter of the National Lawyers Guild. Young people are on the front lines of this war. They are disproportionately targeted for arrest and questionable stop and search practices. For example, in 2009, 83 percent of marijuana arrestees in Colorado were under 29 years old. More telling is the negative collateral consequences regarding education, employment and housing many of these young people face due to a marijuana conviction.

Activists are using this high-profile occasion to spur voters to action to end these ineffective, punitive policies. Colorado and Washington both have a historic opportunity to legalize marijuana this year — proposals to tax and regulate marijuana are on the ballot in both states. Proponents of these measures hope to limit the reach of the black market and organized crime by proposing a new approach to marijuana policy. These measures redirect limited criminal justice resources from policing marijuana possession to issues that truly impact public safety. Colorado, for example, currently spends upwards of $70 million every year to enforce marijuana prohibition, while forgoing upwards of $20 million in tax revenue that could be raised every year by regulating this commodity.

Many advocates for reform point out that marijuana is less harmful than many legal, culturally sanctioned substances. The public health costs associated with tobacco and alcohol dwarf those of marijuana. Hundreds of thousands of people die every year from alcohol, tobacco and prescription drugs, while marijuana is far less addictive, typically consumed in much smaller amounts and has never led to a single overdose death.

This year marks the 75th anniversary of federal marijuana prohibition — one grounded not in reasoned, scientific analysis but in racial prejudice and politics. The first anti-marijuana laws, in the Midwest and the Southwest during the 1910s and 20s, were overtly directed at Mexican migrants and Mexican Americans. Today, Latino and black communities are still subject to wildly disproportionate drug enforcement and sentencing practices.

2012 also marks 95 years of marijuana prohibition in Colorado. Colorado first prohibited the substance in 1917 when divisive politics concerning long time Spaniard families attempting to distance themselves from Mexican migrants provided initial political capital for the state to prohibit marijuana. This near-century of prohibition has amounted to a colossal waste of lives and public resources that waste law enforcement resources and enrich large-scale traffickers.

It’s time to end nearly a century of marijuana prohibition in Colorado. This policy has failed as badly as alcohol prohibition. And the common sense solution is the same: regulate it.