Wednesday, 6 July 2022
You are here: Home Marijuana Activists Should Harness The Power Of Social Media

It seems to surprise people when I tell them that The Weed Blog doesn’t pay for advertising. If we have banner ads or links on other sites, that’s because we have built partnerships with those people. To be blunt, we just don’t have the money to pay for advertising. And to continue on that point, we probably never will spend money on advertising even when we do have a couple bucks in our pocket. Why you ask? Because we don’t have to, due to the awesome powers of social media! 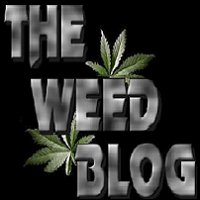 When The Weed Blog started, virtually all of our traffic came from Facebook. Ninjasmoker created the site, I posted the first article, then I posted it on my newly created Johnny Green Facebook wall. I sent out friend requests for several weeks after that, with some people approving the request, and some people refusing to do so. We could have spent enormous sums of money on magazine ads, or paid some barely dressed ladies to go around at marijuana events handing out our stuff, but we felt that if we just focused our energy on building relationships online, one friend at a time, it would be a better use of our resources. Well over 8,000 Facebook ‘likes’ later, I think we made the right decision.

The point I’m trying to illustrate is that marijuana activists can spend all the money they want to, but if they are not harnessing social media, they are putting themselves at a big disadvantage. I was at an activist meeting and we were talking about a race here in Oregon between Ellen Rosenblum and Dwight Holton for Oregon Attorney General. I was stating the need to get something on Google News and to get something on the first page of Google returns when you search for ‘Dwight Holton’.

One of the activists scoffed and stated that, ‘no one really cares about what comes up on Google.’ To which I replied, ‘Really? So I guess Santorum is cool with what happens when you search his name, right?’ The activist got really quiet, and I only after I had to get funky did people actually want to listen to what I was saying.

A collective owner here in Oregon tried to debate this issue with me recently. He argued until he was blue in the face that we need to just donate money to campaigns, and shut up. After taking a jab at my blog, and social media in general, he asked if I had anything to say. I told him that I see ads all the time on Facebook for Dwight Holton, but not a single one for Ellen Rosenblum. When I Google ‘Oregon Attorney General’ I see Dwight Holton’s site on the first page, and the ‘Not Dwight Holton‘ site on the first page, and sometimes I even see my article bashing Dwight Holton on the first page. You know what I don’t see very often? The website for Ellen Rosenblum’s campaign.

I’m not saying this to try to discourage people from making donations, especially to Ellen Rosenblum’s campaign. If you have the money, please give generously. However, if you don’t have much money, you can still help. In this economy, I guarantee there are more people out there that can’t donate than there are people that can. However, these people can still help out by harnessing social media. I don’t have dollars to shell out, but I can make a difference on the internet. I explained to the unintelligent collective owner that the purpose of purchasing television time and billboards is so that people can see it, right? News flash – there are hundreds of millions of people on social media at any given moment, and you can get people to see your message, FOR FREE. Maybe not as many as a billboard along a major freeway, but people will see it nonetheless.

There are many different types of marijuana activists. As I eluded to before, not all of them are flush with cash. One of the hardest working marijuana activists I have ever met can barely leave his bed due to his debilitating condition. He isn’t able to gather signatures, or get out there and make the big bucks so he can throw down large campaign contributions. But he can click and read with the best of them, and although his typing isn’t very fast, he can still manage to post comments, add friends, etc. I have witnessed with my own two eyes what he can do with just a laptop, which is FAR more than many other activists combined, including the collective owner that I previously mentioned.

I know activists that are broke college students. I know activists that don’t want to put their name on anything, especially a campaign donation check that will be public record. I know activists that are so busy they don’t know which way is up. However, every single one of these people can still contribute in a meaningful way via social media. The can re-tweet important information, or ‘vote it up’ on a news sharing site to increase the chances that the article will be thrust to the highest viewed areas of sites like Reddit.Com. A click might not seem like much. But when those clicks are combined they can literally take over social media, and therefore, take over the message that people are viewing on social media. Cute cat pictures are great to see at the top of social media lists, but not as good as a meaningful message of ending marijuana prohibition to help the world.

I feel the need to point out that not all social media activism is created equal. Some social media activity is better than none, but if you can focus your efforts the right way, it will help immensely. I am in contact with every marijuana reform campaign across the nation, medical and recreational, and it saddens me when I see their lack of social media presence. I always offer to help, for free, but I seem to always get the same answer. ‘We have an expert handling that, but thanks though.’ I always tell these campaigns, in a very friendly way of course, that if they truly had experts on social media, they would have more than one ‘up vote’ on social media sites. I’ve had to point out to more than one campaign that they are not even on some social media sites. These campaigns should aspire just to get to one vote 🙂 I don’t claim to be an expert, which further proves my point that if I’m seeing a problem as an amateur, than I can only imagine what real experts think.

Social media is a lot more than just ‘I made a Facebook fan page.’ Many campaigns are run by an older generation that are still trying to wrap their heads around social media. They know that it is powerful, they know that it can raise a lot of money, and they know that if they find a young person, the young person is likely on Facebook, so clearly the young person can make anything go viral. That’s simply not the case. I really hope that as the election picks up, campaigns will realize that social media is hard work, and you have to approach it the right way to get the most out of it. If done the right way, social media is BY FAR the most cost effective way to get your message out.

The traditional outlets for campaign ads are television and newspapers. Old people vote at a much greater rate than younger people, so this is still a worthwhile pursuit. However, the writing is on the wall. Less people watch television via cable every day. Less people read newspapers every day. How are these people getting their information then? THE INTERNET! If ad rates on social media are cheaper, more targeted, and the audience for them is growing, why the F are campaigns and activists waiting to jump on the bandwagon? I know that if I donate $100 to a campaign, they will buy like ten seconds of television ads. But if I dedicated that same revenue towards social media ads, purchasing a domain name, and running a supplementary web campaign, I can reach far more people.

I also can’t emphasize enough that marijuana activists and campaigns don’t even need to buy social media ads if they can just get enough people working hard on social media. Every campaign that I know of in America needs to get more miles out of their dollars. Well not only is there a great way to do so online, but you can do so by just adapting people’s online habits. If you can get a group of marijuana activists together that will agree to share important information, you don’t have to get them all in the same place at the same time. You don’t have to get them to donate dollars. You just have to convince them to ‘donate clicks’ on social media sites. When the focused energy makes things go viral, the message is spread far and wide, for free, and the world is a better place for it.

I’m sorry to harp on people, but this is really important. I can e-mail and message people all day telling them about it, and some get it, some don’t. It’s my hope that as the campaign season goes on, more and more people will harness social media to help the marijuana movement. If anyone wants to know more, please send me an e-mail at johnnygreen@theweedblog.com. I get inundated with e-mails all day, but I try to respond to as many of them as I can.  If you put ‘The Social Megaphone’ in the subject line of the e-mail, I will try to get to it faster. I guarantee that if we can build a small online army of dedicated sharers, we can change the world by spreading our message far and wide, without the filter of the mainstream media. I double dog dare you to join me!