Cannabis Science, Inc. a pioneering U.S. biotech company developing pharmaceutical cannabis (marijuana) products, is thrilled to announce that the company has retained filmmaker Kevin Booth to collaborate on a documentary researching cannabis as a medicine and the truth behind the science of marijuana. 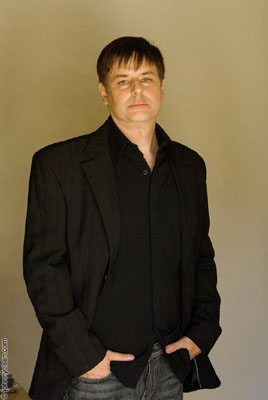 Many people know Kevin Booth’s work with the late comedian, Bill Hicks. Kevin produced most of Bill’s CDs and videos that led to the comedian’s own HBO specials and multiple appearances on David Letterman. The story of Kevin’s seventeen-year friendship and working partnership with Bill Hicks was recently explored in a feature length BBC documentary that just ended a year long run of festivals and theatrical screenings. After Bill’s death from pancreatic cancer in 1994, Kevin’s filmmaking took on a political turn and he produced documentaries with talk show host Alex Jones about the incident in Waco, Texas, the American two-party political system, and 9/11. In 2005, Kevin traveled to the UK in order to promote his book titled “Agent of Evolution” about his friendship with Bill Hicks – published by Harper Collins.

Several of Kevin’s family members died as a result of alcohol, tobacco, and pharmaceutical use. In 2003 Kevin began investigating the drug war in the United States and produced the documentary “American Drug War: The Last White Hope.” In his investigations, he discovered the United States government considers marijuana more dangerous than crack cocaine or crystal meth. Kevin sought to separate fact from fiction by traveling across the United States, documenting the “fallout” from the War on Drugs and seeking possible solutions and alternatives that have worked elsewhere. Kevin has toured the country, showing his film and lecturing at universities in hope of sparking a meaningful debate. “American Drug War” won best feature documentary at several film festivals from coast to coast and aired continuously on the Showtime network between 2008-2010. During this same time the film was also broadcasted on major networks in Canada, Australia, Poland, Lebanon and South Africa. Kevin recently returned from filming in Juarez Mexico for the follow up to “American Drug War” and is aiming for the sequel’s release later this year.

Today Kevin runs Sacred Cow Productions dba SCP Enterprises and self distributes through his own sites including SacredCow.com, AmericanDrugWar.com and Amazon. Several of his titles can be found distributed through Warner Brothers and Gravitas VOD that has now broken Booth’s work into the Latin market on both Netflix and ITUNES.

As previously announced, Cannabis Science has begun pre-production of its documentary, in which prohibition of marijuana, medicinal benefits of the plant, and international medical marijuana programs will be explored. Booth’s interests and demonstrated experience will be a true asset to Cannabis Science’s endeavors. The documentary will expose audience members to the subject of medical marijuana so that they may gain a better understanding of the research, science, and planning that goes into running Cannabis Science, one of the top marijuana research companies. The documentary will teach viewers about the medicinal benefits for a wide variety of conditions and show them that prohibition is unnecessary. This is clearly a topic for which Kevin Booth will provide great assistance, and Cannabis Science is excited to begin this project.