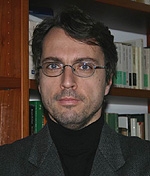 Professor Di Marzo is one of the world’s leading cannabinoid scientists, co-author of more than 460 peer-reviewed publications, and in 2010 was recognised as Thompson Reuters ‘top scientist of the decade’ for pharmacology and toxicology. He has previously served as President of the International Cannabinoid Research Society (ICRS) and is a recipient of ICRS’s Mechoulam Award for “outstanding contributions to cannabinoid research”.

Professor Di Marzo is a Research Director at the Institute of Biomolecular Chemistry of the National Research Council (ICB-CNR) in Pozzuoli, Naples, Italy, coordinator of the Endocannabinoid Research Group in the Naples region, and an Adjunct Associate Professor in the Department of Pharmacology and Toxicology at the Medical College of Virginia at Virginia Commonwealth University in Richmond.

In his new engagement with GW, Professor Di Marzo will be responsible for coordinating the research efforts of GW’s global network of cannabinoid scientists. This network now extends to over 25 academic institutions in 11 countries and involves research in a wide range of therapeutic areas, including oncology, neuroscience, metabolic disease, inflammatory disease, gastroenterology, and dermatology. The objective of this research effort is to progress a number of GW’s new cannabinoid pipeline candidates to full clinical development.

Professor Roger Pertwee, GW’s Director of Pharmacology and Professor of Neuropharmacology at the University of Aberdeen, said, “We are delighted to welcome Professor Di Marzo to GW. He has played a significant role in several of the major advances in cannabinoid science and is recognised around the world as a leading authority in the field of cannabinoid pharmacology. In recent years, GW has established research programmes with scientists around the world in a broad range of therapeutic areas and Professor Di Marzo will undoubtedly make a significant contribution to the progress of these research efforts.”

Professor Di Marzo said, “Over recent years, I have conducted numerous research projects in collaboration with GW and have come to respect and admire the company’s scientific expertise, commitment to cannabinoids, and vision for the future development of cannabinoid medicines. I am delighted to have now the opportunity to help direct the company’s exciting scientific programme in therapeutic areas as diverse as oncology, neuroscience, metabolic disease and beyond.”

Professor Vincenzo di Marzo
Prof. Di Marzo was awarded a ChemD from the University of Naples in 1983, and a PhD in Biochemistry and molecular pharmacology from Imperial College in London in 1988. He also completed postdoctoral studies in lipid biochemistry and natural product chemistry at ICB-CNR in 1990.

Prof. Di Marzo is co-author of more than 460 articles published in peer-reviewed journals, including several reviews on endocannabinoids. In addition, he is, or has been, on the editorial board of Prostaglandins, Leukotrienes, and Essential Fatty Acids; Journal of Cannabis Therapeutics; Critical Reviews in Neurobiology; and the British Journal of Pharmacology. He is Editor-in-Chief of Recent Patents in CNS Drug Discovery.

He has served as President of the International Cannabinoid Research Society (ICRS) between 2004 and 2005. Since December 2005 he is member of the board of the International Chair of Cardiometabolic Risk of Laval. In June 2006 he was awarded a Merkator Fellowship for Foreign Scientists by the Deutsche Forschungsgemeinshaft to visit Germany for 6 months and establish collaborations with German scientists. In June 2007, he was awarded by the ICRS the Mechoulam Award for “outstanding contributions to cannabinoid research”.

In 2010, Prof Di Marzo was recognised as Thompson Reuters ‘top scientist of the decade’ for pharmacology and toxicology.