Fifteen Colombian congressmen to file a legislative act that would establish and decriminalize the carrying of a minimum dosage of drugs. 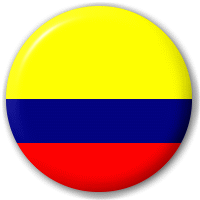 The Green Party congresswoman said that this initiative would open up the discussion of legalizing drugs to the community as well as develop a more comprehensive care system for drug addicts, a matter that was overlooked in a recent reform passed by Congress.

The measure has been applauded by the Panamerican Health Organization which is in favor of a discussion on the possible legalization of drugs in search of a solution to the health and safety problems that arise from drug trafficking.

Guatemalan president Perez Molina has proposed to Colombia, United States, Mexico, and other central American countries that they discuss the possibility of legalizing drugs as a regional strategy to stop the thousands of murders related to drug trafficking.

Former Colombian President Alvaro Uribe successfully banned the legal carrying of small amounts of drugs, but was overruled by the country’s Constitutional Court, who considered the carrying of drugs a constitutional right.