In an effort to educate the public, the new weekly show brings the medical marijuana industry to a national audience. The show focuses on Harborside Health Center, the largest medical marijuana dispensary in the nation, which serves their patient community with the highest standards of professionalism and provides patients safe and secure access to their medicine. 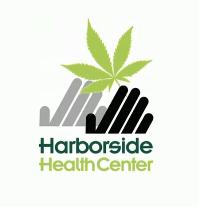 As the federal attack on the medical cannabis industry in California continues at an accelerated pace, television audiences with be able to watch part of the drama unfold on the Discovery Channel’s new weekly series, “Weed Wars.” This is the first reality program to give viewers an up-close-and-personal look at the controversial medicinal cannabis industry. It premieres in its 10 pm Thursday night spot on December 1, 2011.

“Weed Wars” focuses on Oakland’s Harborside Health Center—the nation’s largest medicinal cannabis dispensary, serving over 94,000 patients—and the leadership behind Harborside—activist, founder and Executive Director Steve DeAngelo. DeAngelo’s lifelong mission has been to bring the truth about the cannabis plant to the American public.

DeAngelo is going out on a limb to educate the public. As the show was preparing for its debut, multiple federal agencies took increased action in an attempt to shut down the regulated cannabis industry in California.

“I always knew doing the show was risky, and the federal crackdown makes it ever riskier,” said DeAngelo. “I agreed to take the risk because I believe the American people will support us once they see how we handle the medicine and care for our patients.”

The series takes viewers on an up-close-and-personal exploration of the hot-button issue of medical cannabis, following the DeAngelo family (brother Andrew DeAngelo, fiancé Yoli Felix and others) and Harborside’s staff as they fearlessly wrestle with the complex issues they face every day. The series accurately captures the real life drama and high stakes of the business as federal agencies make increasingly harsher threats and IRS audits attempt to shut down the Oakland cannabis club.

At first blush, “Weed Wars” is a familiar story: a start-up business with demanding clients and the ever-looming possibility that it could all go belly up. But this is not your typical business. When California voters passed the Compassionate Use Act in 1996, medicinal cannabis was legalized within the state. This ignited a national firestorm and opened new doors for a whole new kind of entrepreneur.

In addition to focusing on Steve DeAngelo, his family and the staff, “Weed Wars” follows the journey of the plant itself from seed germination to harvesting. Audiences will meet the growers and “patient farmers” whose job it is to provide the “medicine” that will be eventually purchased and used by thousands of clients, many of whom feel their lives have been forever changed by the plant.

“Out of the shadows and in to the light” epitomizes DeAngelo’s mission to enlighten the public on the many medicinal and therapeutic benefits of the plant. DeAngelo is recognized as a national leader and strategist of the cannabis reform movement. He speaks and writes widely on the subject. DeAngelo will be featured in “Weed Wars” on The Discovery Channel in December.