Health Canada began two days of closed-door talks Wednesday about changes to the controversial medical marijuana law that has faced legal challenges and criticism for being ineffective. 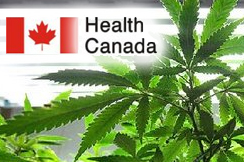 But even as meetings get underway in Ottawa, there are concerns Health Canada is on the wrong track with a law that asks doctors to ignore a sworn obligation to protect patients’ health, while forcing patients to go to great lengths to obtain a drug that many say eases their pain.

Under the “Marihuana Medical Access Program,” the obtaining of medical marijuana depends on doctors issuing an approval or “declaration” confirming that the cannabis will be smoked to ease pain, nausea or other symptoms associated with an illness.

But physicians have long resisted this so-called gatekeeper role, arguing that there is insufficient proof that medical marijuana actually works.

“Smoking something seems really counterintuitive when we have a vast array of evidence going back 50 or 60 years on the deleterious effects of tobacco smoke,” John Haggie, president of the Canadian Medical Association, told CBC News.

“A lot of these patients have chronic conditions. It’s not an acute problem. So you may be storing up untold problems for the future just simply by the way you’re giving the medication. And this absence of information is hindering the whole process.”

Paul Lewin, a lawyer who represented 22 patients in a case over access to medical marijuana, says he heard many stories from users frustrated with a system that puts all the power in the hands of doctors.

“It has been about six years that I’ve been fielding calls from sick people all over Canada, saying ‘I hear you’re bringing a case for people whose doctors won’t sign [declarations],'” he told CBC News.

“And I’m always starting out skeptical, like ‘What are you, some 18-year-old with a sore back?’ But no, [it’s stories like] ‘I’m 65 and I’ve never tried it before, but my daughter said it might help. And then I tried it for the first time and I couldn’t believe the relief I got.’

“The stories are tragic.”

Lewin won the case last spring that threw out a possession charge against an Ontario man, Matthew Mernagh, who testified he grew marijuana himself after his doctor wouldn’t sign an approval. The government is appealing, and the case will be heard in March 2012.

Yet Health Canada is proposing to continue making physicians the gatekeepers in an attempt to streamline the process for thousands of individuals who either have a licence to legally consume or buy marijuana to treat symptoms of their illness.

Read the full article at www.cbc.ca