Saturday, 5 December 2020
You are here: Home Mother: I’d rather my kids used cannabis than alcohol

Kristin Nicholas is a mother of two. She is active in her children’s school life and contributes to her church community. She also smokes marijuana and tells Alastair Good that she would not discourage her children from smoking it when they are older. 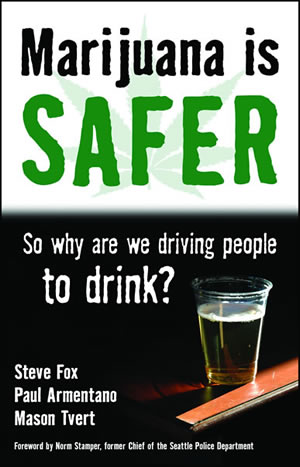 While most mothers accept that their children will experiment with alcohol at some point, they would draw the line at illegal drugs.

Mother of two Kristin Nicholas disagrees: “I’d rather they had a little bit of cannabis, when they are old enough, than have them drinking alcohol because it’s so much more dangerous and bad for your health” she said.

It is an attitude that may shock some but in Oakland, California, where the enforcement of laws against marijuana possession has been the lowest police priority since 2005, it is a common one.

“Children can grow up in Oakland knowing that cannabis is a medication or something similar to having a glass a wine,” Mrs Nicholas added.

In 1996, Californians voted to pass Proposition 215, a law which paved the way for medical marijuana dispensaries in the state.

On November 2, Californians will be returning to the polls decide whether to approve Proposition 19, a law which would legalise the drug for personal recreational use in the state.