April 20th (4/20) has long been associated with marijuana, both marijuana use and marijuana activism. Thousands of Americans will gather on that day at rallies in Boston, Boulder, New York, Santa Cruz, Seattle and other cities. For people who prefer to relax with a joint instead of a beer or martini it’s a time to celebrate. For those who don’t use marijuana it’s a time to stand up in support of their friends, family, and fellow citizens who face arrest for nothing more than what they put into their body. For the Drug Policy Alliance and the drug policy reform movement 4/20 represents something even bigger. 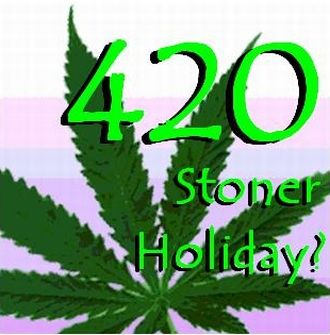 The movement to end marijuana prohibition is very broad, composed of people who love marijuana, people who hate marijuana, and people who don’t have strong feelings about marijuana use one way or the other. We all agree on one thing though – marijuana prohibition is doing more harm than good. It’s wasting taxpayer dollars and police resources, filling our jails and prisons with hundreds of thousands of nonviolent people, and increasing crime and violence in the same way alcohol Prohibition did. Police made more than 750,000 arrests for marijuana possession in 2008 alone. Those arrested were separated from their loved ones, branded criminals, denied jobs, and in many cases prohibited from accessing student loans, public housing and other public assistance.

Fortunately, the tide is quickly turning against the war on marijuana. Legislators in California, Massachusetts, New Hampshire, Rhode Island, South Dakota and Virginia are considering legislation to decriminalize or legalize marijuana. TheEconomist magazine noted that “marijuana could follow the path that alcohol took in the 1930s” out of prohibition into a regulated market. Celebrities are speaking out. The musician and activist Sting, for instance, recently urged people to oppose the entire war on drugs. In November Californians will vote on whether to legalize, tax and regulate marijuana like alcohol; the measure is ahead in the polls. Local California papers like the Orange County Register and the Long Beach Press-Telegram have editorialized in favor of the initiative, seven months before the vote. Nationally, support for making marijuana legal is about 44 percent, with support increasing about two percent a year. A recent Gallup poll predicts a majority of Americans will favor marijuana legalization within just four years if current trends hold.

The war on marijuana won’t end, however, if everyone who supports reform stays silent. Maybe you smoke marijuana and are tired of being considered a criminal. Maybe you work in law enforcement and are tired of ruining people’s lives by arresting them. Maybe you’re a teacher or public health advocate tired of politicians cutting money for education and health to pay for the construction of new jails and prisons Maybe you’re a civil rights activist appalled by racial disparities in marijuana law enforcement. Or maybe you just don’t want your tax dollars wasted on ineffective policies.

Regardless of your motivation, April 20th (4/20) is a good opportunity for you tomake a pledge to end marijuana prohibition. The Drug Policy Alliance is asking people to use 4/20 as the time to commit to doing something in 2010 to end the war on people who use marijuana. There are many ways to help end marijuana prohibition. Donate to a drug policy reform organization. Tell your elected representatives to end marijuana prohibition. Talk to your friends and family about why people who use marijuana shouldn’t be arrested. Twitter this oped. Change your Facebook status to announce your support for ending the war on marijuana. Stand up today with other Americans and get the word out there. This war will end; how soon depends, in part, on you.

Bill Piper is director of national affairs for the Drug Policy Alliance.