Saturday, 6 June 2020
You are here: Home Irish headshops under threat

HEADSHOPS and casinos will be added to a list of undesirable businesses that includes sex shops and lap dancing clubs, which may be excluded from opening near schools or residential areas in the city.

Although Galway City Council cannot prevent the proliferation of sex shops and lap dancing clubs from opening in circumstances where there is a ‘change of use’ of the retail space, planners say a new clause in the Draft Galway City Development Plan gives them some control over new premises opening. 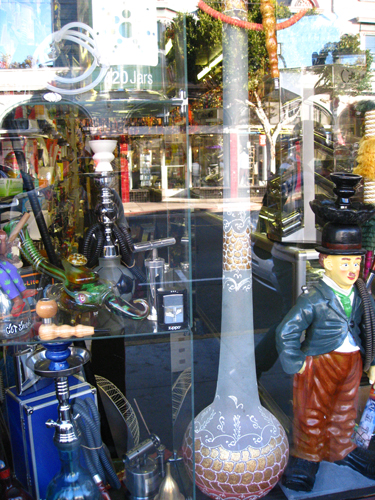 city centre. These uses may have a negative impact on the image of the city centre and may discourage the establishment of other retail developments”.

Senior Planner Helen Coleman said it was not possible to introduce a total ban on the establishment of these types of businesses but the draft plan “gives us great comfort if we want to control and turn down applications” for these retail outlets in residential areas and near sensitive areas such as schools.

Cllr Terry O’Flaherty said the city’s drugs taskforce would be making a submission on the draft plan that will urge the Council to take planning measures to restrict headshops.

Meanwhile, Galway West Fianna Fáil TD Frank Fahey has welcomed indications from the Minister with Responsibility for Drugs, John Curran TD, that he would like to see Headshops banned. Deputy Fahey wants to see headshops and the so-called ‘legal highs’ that they sell banned because he believes they represent a significant danger to young people.

“I was happy to hear the Minister with responsibility for the National Drugs Strategy, John Curran TD, speak so strongly at a conference organised by the Regional Drugs Task Forces in Mullingar this week.”

“There is no doubt that there is a growing problem with these shops, and we may not know the true damage they are doing for some years. That is why I believe it is important we take action now.

“It is simply not right that you can drive down a main street in any town or city in Ireland and see shops advertising ‘seeds’ akin to cannabis seeds, or ‘snow’, which a common nickname for cocaine.”

“As a parent, it is worrying to think that young children can walk into a headshop and buy these products with ease and with no knowledge of the potential dangers, as the ‘legal’ tag insinuates that the product is safe,” added Deputy Fahey.