The Tax & Regulate Cannabis 2010 campaign has just achieved a major victory in its efforts to legalize marijuana for all adults in California — they have gathered the signatures necessary for inclusion on the state’s November ballot. 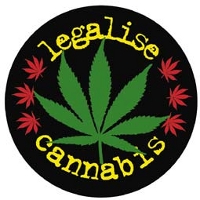 cannabis,” pot entrepreneur Richard Lee told me Monday morning. He is the co-proponent and a major sponsor of the Tax Cannabis initiative and the force — and money — behind Oaksterdam, the successful marijuana-friendly section of Oakland.

This win means that Californians will be the first in the nation to decide whether they believe marijuana ought be taxed and regulated for all adults over 21, much the same way alcohol is.

The drug reform movement’s eyes will be on California next year, because many advocates believe that if the initiative passes, many other states could follow.

Support for marijuana legalization is at an all-time high, with polls ranging from 44 to 52 percent national support. In California, where marijuana has been legalized for medical use since 1996, 56 percent support legalization.

This may be why the campaign’s organizers were able to gather so many signatures — nearly 700,000 — so quickly. Lee tells me the signature-gathering effort was launched only two months before they had achieved that massive number, although legally they were allotted five months to come up with the signatures. Lee collected a couple hundred himself.

Dale Sky Clare, the executive chancellor of Oaksterdam University, says there were at least 3,000 petitioners collecting signatures — and they didn’t have to work too hard to sell the cause. “Usually, before someone signs a ballot petition, they want to read it, see what it’s about, ask questions. But in our case, people didn’t even have to finish hearing the sentence — ‘legalize marijuana’ was enough,” Clare laughs.

By the last week of November, Tax Cannabis had handily exceeded the 433,971 required signatures it needed for ballot qualification and ended the petitioning stage of its campaign.

Clare and Lee share a celebratory and hopefully soothing joint as they field a barrage of calls from the mainstream media. They’ll officially submit the signatures sometime in February, I hear Lee tell one reporter, so that they qualify for the November ballot instead of the one in June, which is expected to have a less favorable voter turnout.

Once they submit the signatures, the state will have 90 days to verify them. As long as the minimum amount of the signatures are valid, the ballot is a go.

So far, just over $1 million has been put into the campaign. Most of that money has come from Oaksterdam University, an institution Lee founded to prepare workers for roles in the cannabis industry. Lee says he has put some of his own money into the campaign, and a few other minor donors have also been moved to give.

“We’re looking to raise $7 to 20 million” for the entire campaign, Lee says, “depending on opposition and how successful our fundraising is.”

For the moment, Lee sees only a segment of the law enforcement lobby as opposition — specifically, the California Narcotic Officers’ Association. Calls to and requests for comment from the CNOA were not returned by the time this story was published.

Regarding fundraising, Clare acknowledges that the economic recession may result in supporters not being able to donate as much as they might otherwise. However, there are strong economic indicators for why this may nevertheless be the right initiative at the right time.

The Board of Equalization, California’s tax regulator and the agency charged with collecting alcohol and tobacco taxes, estimates that legalizing marijuana could generate about $1.4 billion in tax revenue annually.

Further, the California Legislative Analyst’s Office (LAO) published a report stating that legal marijuana would free up “several tens of millions of dollars annually” in correctional and law enforcement resources, which would in turn redirect funds to more urgent matters.

As of Dec. 1, California’s debt was $83.5 billion. It is the largest borrower in the country, and pays 21.3 percent more interest on its nearly-junk-rated debt than states with the highest ratings. Public school systems and social programs are feeling the brunt of the debt crisis, which has even included closing national state parks, a source of wounded pride for many outdoorsy Californians.

“The political climate currently has finally allowed for this discussion, though this is a discussion we’ve been pushing for decades,” Clare tells me, as she takes one last puff of her joint before she and Lee leave for a meeting where they will nail down the official talking points for the next stage of the campaign. “So why wait?”