Sunday, 29 March 2020
You are here: Home Gordon Brown is from another universe

The scientist who was sacked as the government’s chief adviser on drugs has mocked Gordon Brown as someone whose views come from “some other universe”. 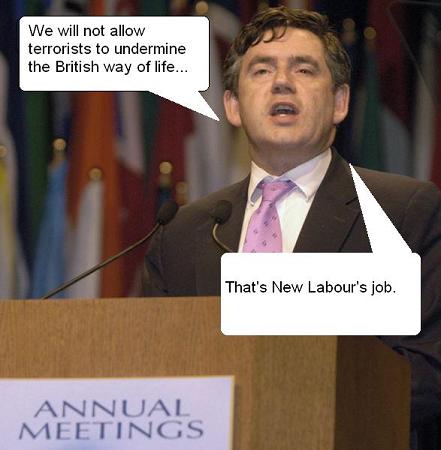 An unrepentant Professor David Nutt reiterated his controversial position that horse riding was more lethal than Ecstasy and suggested that smoking cannabis during pregnancy was less dangerous than drinking alcohol.

At a conference of Students for Sensible Drug Policy, an organisation which calls for the legalisation of many drugs, Prof Nutt accused the Government of failing to protect people against the dangers of drugs.

“We have a Prime Minister whose view (on drugs) is formed in some other universe,” he said.

He was sacked this month as head of the Advisory Council on the Misuse of Drugs by Alan Johnson, the Home Secretary who accused him of ”crossing a line into politics” after he criticised the decision to reclassify cannabis as a Class B drug.

He also attacked Mr Johnson’s predecessor, Jacqui Smith or “Jackboot” as he called her, saying that she phoned him 30 minutes before she was due to answer questions about her expenses. He added: “When Charles Clarke was Home Secretary he didn’t like my advice, but at least he had the courage to accept it.”

During his 10 years on the advisory council he said he found talking with politicians very difficult and that fewer people were now voting in elections because the House of Commons is nothing more than a “pantomime”. He said: “I never realised how unintellectual politicians are.”

In answer to a woman’s question about the harm of cannabis, after she admitted smoking it while she was pregnant, he suggested its use while pregnant was less harmful than drinking alcohol – because the cost to the public of dealing with alcohol abuse is far higher than any illegal drug.

He said: “Alcohol costs £1,000 pounds per year in excess health care costs and about three times that of other costs.”

Since he was dismissed the professor said he said he had received hundreds of emails from people, of which 95 per cent have been supportive.

After his dismissal five members of the advisory board handed in their notice from the unpaid posts leaving the entire committee’s place within Government in some doubt. Prof Nutt said: “The Government will find it very difficult to appoint a new chairman.”

He said he will continue to offer advice to the Government and is planning on setting up a parallel committee to work side by side with the committee he was removed from.

He said: “Hopefully, this new independent board will be the first port of call on drugs policy in the UK.” In the future he said he wants to look into the possibility of creating a new, legal drug which could be a safer alternative to alcohol.