Monday, 30 November 2020
You are here: Home Students for Sensible Drug Policy UK strongly condemns the sacking of Professor Nutt from his position at the ACMD

Students for Sensible Drug Policy UK strongly condemns the sacking of Professor Nutt from his position at the ACMD by the Home Secretary Alan Johnson.

You can show your support for Professor David Nutt by joing the Facebook Group set up in support. 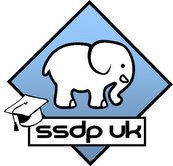 Government advisers should be independent from political posturing and free to express dissenting opinion. Professor Nutt was doing no more than the job he was asked to do, to provide advice on the classification of drugs based on the scientific evidence available, and should not have been dismissed because the government disliked the evidence.

The current and most-up-to-date scientific evidence supports a reduction of the current classification of Cannabis from Class B to Class C and a reclassification of MDMA from Class A to Class B. In ignoring this evidence, the government is sending out a message to young people that it has no interest in an evidence-based drug policy. Inaccurate information discredits public health policy. SSDP believes that by undermining it’s health policy, the government jeopardises the health of young people.

Levent Akbulut, Executive Director of SSDP UK, said: ‘Increasing the criminal penalties for possession of a drug is not conducive to good public health policy. Criminalisation only contributes to the social exclusion and alienation faced by many drug users, nor is it an effective deterrent against their use.’

Students for Sensible Drug Policy UK strongly supports the reinstatement of Professor Nutt and calls on the scientific community, academics, parents and young people to join our call.

You can show your support for Professor David Nutt by joing the Facebook Group set up in support.
Editors’ notes

For further information, or for immediate or future interview, please contact: