Wednesday, 29 January 2020
You are here: Home (RU) At least 187kg of drugs seized in Kyrgyzstan over past three days

Over 187 kilograms of drugs have been seized in Kyrgyzstan within the past three days, Kyrgyzstan’s Drug Enforcement Agency reported. 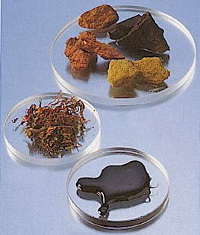 As part of the operation, agents of the southern DEA department seized 0.5 kilos of hashish from a 46-year-old resident of Kara-Kul town in Jalalabad oblast on September 26. Two days later, the agents caught a 51-year-old Bishkek resident with 4.5kg of hashish, 2kg of marihuana and later the same day seized over 27 kilograms of cannabis from his house.

The other two successful operations took place in the Issyk-Kul and Osh oblasts of Kyrgyzstan. In Issyk-Kul the agents destroyed 152kg of growing cannabis, while in Osh they seized 1kg of Afghan hashish.