Friday, 3 February 2023
You are here: Home Derry mother fundraising for seriously ill son to get cannabis treatment in US 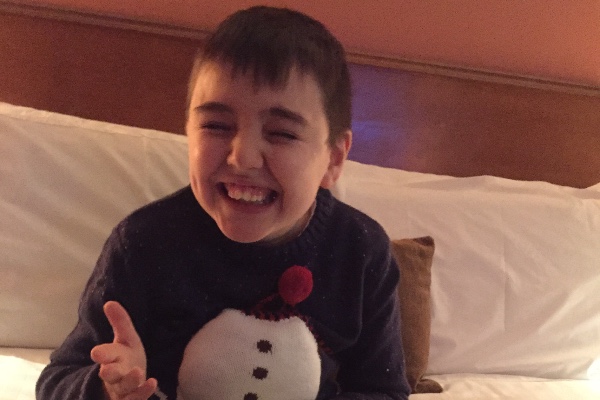 Lynda McIntyre’s son, Cian, suffers from A-T (Ataxia-Telangiectasia), which is a rare and complex genetic disorder that affects a number of different systems within the body.

A-T has many symptoms including difficulty with movement and co-ordination, a weakened immune system and an increased risk of cancer. Many sufferers die before their 20th birthday.

Lynda said that Cian’s condition is declining and that there is no specific treatment available for his illness but rather a fragmentary approach to treating facets of his condition with medicines for a number of different ailments.

“Cian has A-T, there is no cure and there is no treatment, he is only being treated for other conditions that make up his condition like cystic fibrosis, cerebral palsy, multiple sclerosis, immune deficiency and in his case, recently anxiety and depression,” she told the Derry News.

“There is no actual specified treatment for his condition. When he has a chest infection they’re using medication for cystic fibrosis and the drugs that they would use for tremors would be for Parkinson’s.

“It’s guessing, whereas there is a family in Canada and other families in other parts of the world who have been using cannabis oil and it’s working for them.”

Read the full story at derrynow.com